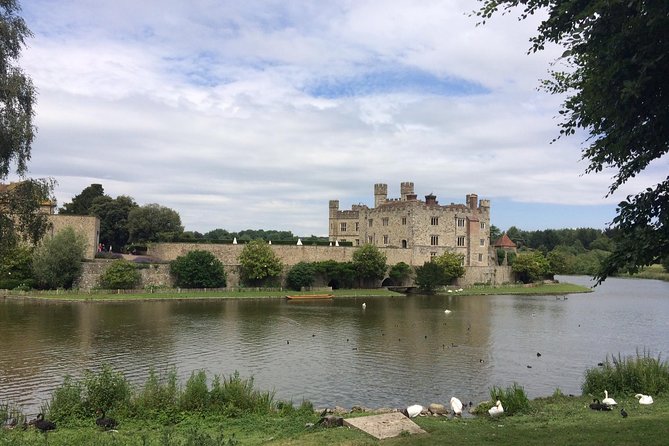 You’ll depart from London in the morning on a drive to Leeds Castle, the former royal residence of 6 of England's medieval queens. The palace was transformed by Henry VIII, and became a retreat for the rich and powerful. Explore the chapel, galleries, courtyards, and the banqueting hall. Afterwards, you’ll see the grounds that are home to wildfowl, black swans, and birds in the aviary.

After your visit, experience the ancient city of Canterbury, the center of Christian worship for almost 1,700 years. Tour its greatest treasure, the Canterbury Cathedral, probably best known as the site of the brutal murder of Thomas Becket in 1170. After touring the cathedral you’ll have free time to explore Canterbury.

INR 52,689
p.p. onwards
Itinerary
This is a typical itinerary for this product

Traveler pickup is offered
Please confirm address of the hotel at least 24 hours before departure by email: info@viplondontour.com

star star star star
Nice tour. Denis was good. Only issue, the car we were in was too small, very uncomfortable. When I first got in, I could not even put my feet on the floor, no room. The driver did pull his seat up a bit. But my knees were crushed up against his seat for the entire time in the car, about 4 hours.
Previous Next
keyboard_arrow_up