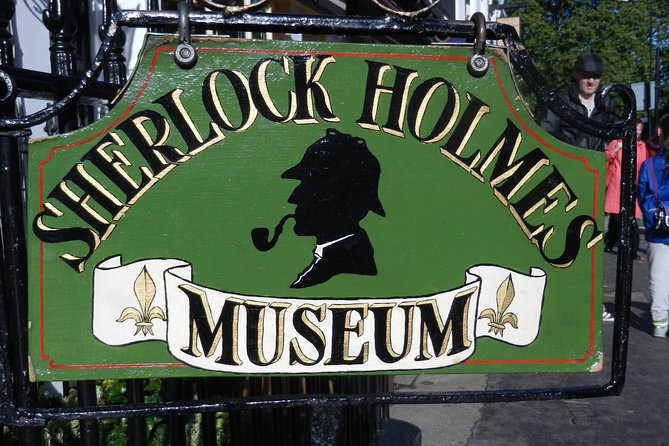 Start with a walking tour of the history, culture, and legends of one of Europe’s best-loved cities. Head through Green Park to Buckingham Palace, watch the world-famous Changing of the Guard ceremony. Head through Westminster, and see Downing Street, Westminster Abbey, Big Ben, and the Houses of Parliament

After your tour, visit the world-famous consulting detective Sherlock Holmes, who lived at 221b Baker Street between 1881-1904, according to the stories written by Sir Arthur Conan Doyle. Mr. Holmes shared his place with his loyal friend and colleague Dr. Watson.

The house is protected by the government due to the special architectural and historical interest.

20 sights in a 3 hour London tour plus entry to the Sherlock Holmes Museum.

INR 3,570
p.p. onwards
Itinerary
This is a typical itinerary for this product

star star star
Walk itself was fab, very well organised and host friendly and knowledgeable. But we booked this one especially for the Sherlock aspect which we did not get

star star star star star
This is not my first time to London. My 2 kids and I had a great time this morning learning history of dozens of landmark attractions. Thanks very much for our super nice and very knowledgeable tour guide Chris.

star star star star star
Niamh was very knowledgeable about each place we visited during the tour and she was always willing to answer our questions :) I really enjoyed this 3-hour-tour and would definitely recommend it. I had a wonderful time and learned a lot.

star star star star star
It was really informative I booked the tour initially for sherlock holmes museum only But in the morning they refunded me for the museum ticket because of some technical issue. I am glad i did the tour roaming around Westminster city isnt fruitful of you dont know your way. And this was perfect. From timing to the entirety of the tour.

star star star star star
had this tour last week my wife and I. I would recommend it to my family and friends. our tour guide Geoff was fantastic. informative and funny. he knew all the spots. Thank you Geoff
Previous Next
keyboard_arrow_up