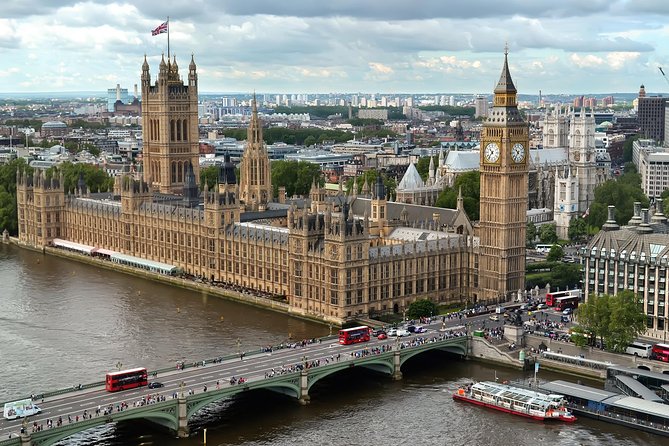 Our tour guides will guide you on an exploration of London’s major 30+ landmarks.

After the walking tour you will visit the Houses of Parliament

We will head through Green Park to Buckingham Palace, where we'll watch the world-famous Changing of the Guard ceremony. After witnessing this impressive ritual we will head to Westminster.

And the after the tour you will visit the Houses of Parliament!

Find out how UK Parliament works as you travel through the Commons Chamber and the Lords Chamber, follow in the footsteps of the Queen at the State Opening and be inspired by Westminster Hall which is almost 1000 years old.

You can choose from a range of languages when you arrive.

INR 5,255
p.p. onwards
Itinerary
This is a typical itinerary for this product

star star star star star
This was a really fun walking tour. It covered the highlights of the area. The only thing I would say is do this tour first. Lol. We did this as our last tour of a two week vacation, and by that time we had seen all of the stops we went to. It was still awesome! Connor was an amazing tour guide. We even discovered that we both worked at Disney World the same time. Lol.

star star star
Too much standing in one spot for too long. Could have moved ahead a bit faster. Tour guide Jason was knowledgeable.
Previous Next
keyboard_arrow_up