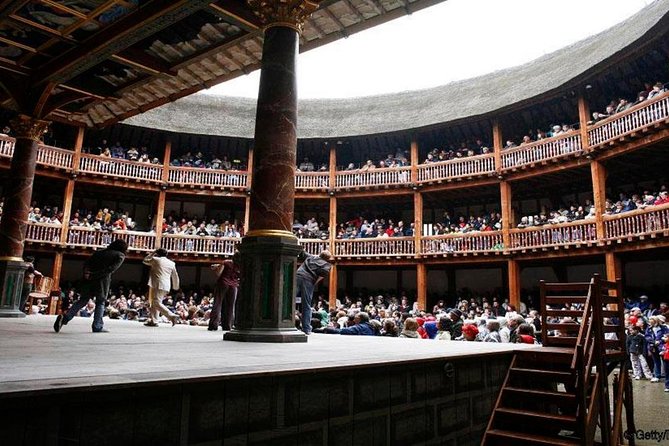 1. Shakespeare's Globe Theatre Tour
2. Followed by a walking tour of the Southbank
3. You finish the day at the Charles Dickens Museum

Start with a tour of the world famous Globe Theatre!

After the Globe tour, meet us for a tour of the Southbank. We will show you 20+ London Top Sights. Including : The Shard, The Tate Modern, Borough Market, London Bridge, Tower of London and many more!

After your tour, head to the Charles Dickens Museum and indulge in the history of one of the worlds best writers. 48 Doughty Street, the London home of Charles Dickens, is where the author wrote Oliver Twist, The Pickwick Papers, and Nicholas Nickleby. It is where he first achieved international fame as one of the world’s greatest storytellers.

INR 5,772
p.p. onwards
Itinerary
This is a typical itinerary for this product

star star star star star
Llyr was an excellent and funny tour guide he really knows his stuff and the history of London also. The Globe is a must visit, I would highly recommend.