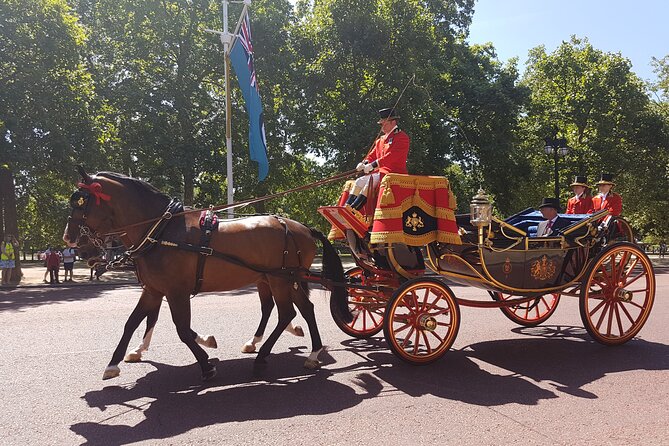 The Crown is now a world famous program with great stories, scenes and props

We will see iconic sights Royal in a 3 hour walking tour
Parks, Palaces and even the Queens personal mounted bodyguard

We will walk down The Mall, the red colored road that is adorned by two Royal Parks & two Royal Palaces

It is the oldest part of London with buildings that are 1000 years old. Early Kings and Queens lived, got married and were buried in this part of London

Come and join us where we explore London and maybe even see the Queen (highly unlikely : we see Prince Charles often though)

INR 1,497
p.p. onwards
Itinerary
This is a typical itinerary for this product

star star star star star
Our guide Chris was very knowledgeable and made the tour interesting. He knew lots of information and key facts to tell us on the way. We had ample time at all the key places to take photos and ask questions. Would highly recommend this tour.
Previous Next
keyboard_arrow_up