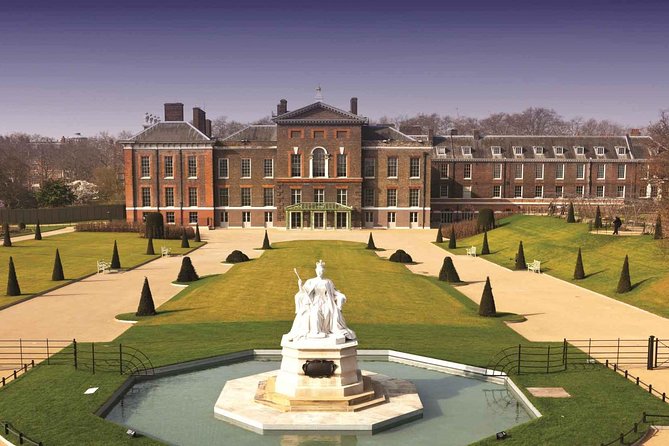 Our tour guides will guide you on an exploration of London’s major 30+ landmarks.

After the walking tour, you will then visit The Kensington Palace

Kensington Palace is a royal residence set in Kensington Gardens, in the Royal Borough of Kensington and Chelsea in London, England.

We will head through Green Park to Buckingham Palace, where we'll watch the world-famous Changing of the Guard ceremony. After witnessing this impressive, traditional ritual, where the New Guard exchanges duties with the Old Guard, we'll head to Westminster.

INR 5,160
p.p. onwards
Itinerary
This is a typical itinerary for this product

The Monument to the Great Fire

star
Unfortunately, we were unable to take this tour due to illness. I am hoping to get a refund if possible.
Previous Next
keyboard_arrow_up