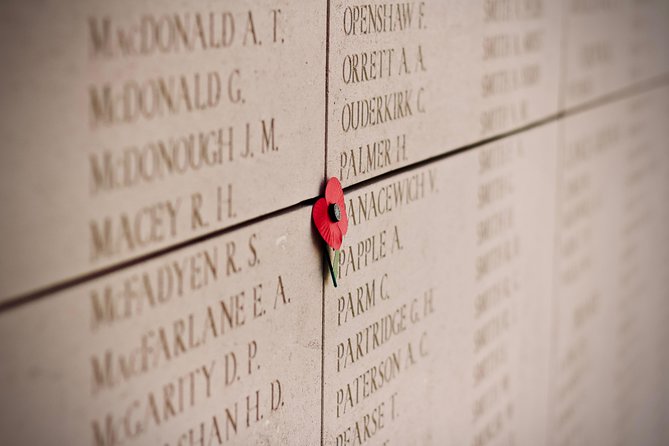 Join us for this 3 hour tour visiting the Churchill War Rooms, a unique opportunity to see the London base of the Allied war effort and museum of Sir Winston Churchill.  We then take a walking tour visiting the most significant WW2 monuments and memorials around central London.  For anyone with an interest in WW2 history or Winston Churchill, this tour offers a great insight on wartime Britain and an overview of the conflict.

INR 17,354
p.p. onwards
Itinerary
This is a typical itinerary for this product

From central Westminster, your guide takes you underground into the bunker that was home to the headquarters of the British war department. Then together, we will explore the very site where the Allied war effort was managed from.

Many of the rooms have been left unchanged, giving us a real insight into working conditions. Your guide will share stories revealing how privileged many of the people working here felt, proud of the essential contribution they were making to the war effort. Hear about revolutionary advances in cryptography and its effect on the war.

For those of you interested in Winston Churchill, part of the war rooms are a museum dedicated to this great man. The exhibits tell the story of the charismatic Winston Churchill, prime minister and wartime leader, but also a beloved family man. Did you know that he was also a writer and artist?  See the wanted note, offering a £25 reward for turning in a young Churchill, following his escape from prison during the Boer War.

Leaving the war rooms, we embark on a journey around Whitehall and Parliament square. This area is packed with various memorials and monuments, some very obvious, others hidden in and around ministerial buildings your guide will help you find.

Every year Whitehall plays host to a grand military parade commemorating both World Wars.  We will see the poppy wreaths and banners laid on the Cenotaph, the empty tomb.

Walking along Embankment we will visit many memorials dedicated to specific military groups that were involved in the conflict. Who were the Chindits?  Learn about this revolutionary group of men who operated deep behind Japanese lines in Burma.  Their commemorative plaque may be small in comparison to some monuments, but your guide will explain the significant impact these men had on the war and also on future styles of military operation.

Where do you find the Battle of Britain memorial?  Together we can find this beautiful piece, then hear about the pivotal effect the Battle of Britain had on the path of the war. At the end of your tour your guide will be happy to tell you about more museums you can visit in London, or help with suggestions for the rest of your stay.

star star star star star
Marina was outstanding. Incredibly knowledgeable and personable. She brought the museum to life and made a special experience for my family.

star star star star star
We were only in London for a short time so we picked this particular tour. Our experience was just great. I thoroughly enjoy all tours I've booked to date with Viator, however, my husband is a tougher sell. He prefers to wander on his own which he is first to admit is not the best experience we could have. He's not comfortable in group tours, so our one-on-one with Denisa was planned. She made it a special experience. It was easy, intimate, educational, and thoroughly enjoyable. She expanded our experience with a tour of nearby monuments and it was an unexpected pleasure. We would look for her again when we return to London for a longer visit and more experiences. Thank you, Denisa!

star star star star
Great tour. We learned many details. Our guide Denisa was friendly, knowledgeable and caring. She took care of us from the beginning to ensuring we made the right connection back to our hotel. Bravo!
Previous Next
keyboard_arrow_up