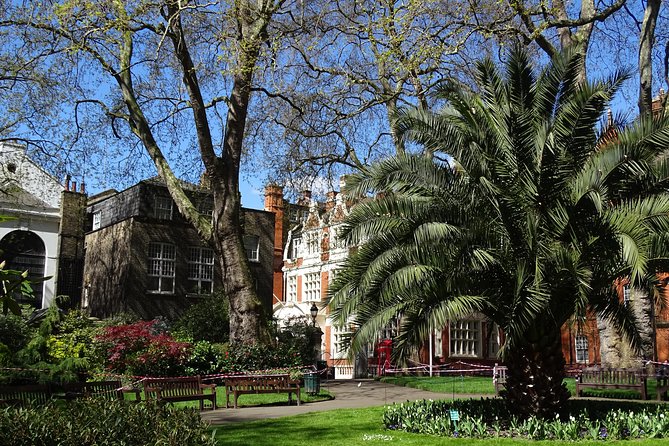 Just 300 years ago, the Mayfair and Berkeley Square area was no more than a muddy field. This walk charts its progress from a playground for the aristocracy in the 1700s to today's comfortable mix of luxurious mansions, exclusive shops, enchanting parks and squares.  There are hidden gems everywhere, and as we pass houses once occupied by Royalty and the aristocracy, you can marvel at the architecture and be amazed at the beautiful glass and china on display in Mayfair's shop windows! We visit London's most sophisticated department stores to hear how they invented the hamper, why Michelle Obama was responsible for clearing its shelves and the inside story of Royal Warrants. Discover how Mayfair used to be one of London's most notorious red light districts and find out its sordid secrets.  This tour tells tales of Mayfair's highs and lows, of the characters who called it home and of the odd celebrity with a connection to this fascinating area. 100% of my TripAdvisor are graded Excellent

CNY 1,226
p.p. onwards
Itinerary
This is a typical itinerary for this product

The only road joining Piccadilly and Oxford Street, it is one of the most expensive strips of real estate in the world. As you walk the pavements, the shops certainly read like a who's who of retail! As you absorb the well known names and marvel at the window displays, we'll saunter along Old Bond Street and a part of New Bond Street for about 10 minutes before turning off to see the home of Norman Hartnell, one of fashion's most famous designers from the 1950s and 60s.

See the site where Queen Elizabeth II was born.

Set up in James II's reign, the market he established gave Mayfair its name. For centuries, Shepherd Market was Mayfair's much visited red light district (what else was there for the aristocracy to do!). During our 10 minute stop here you will find out its fascinating history and which MP lost his reputation here!