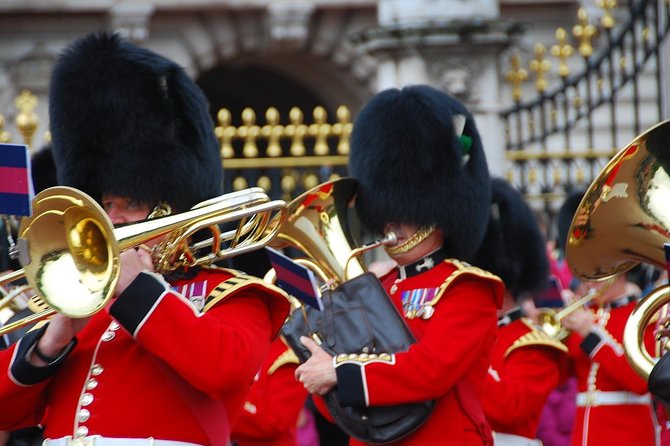 Put together your perfect day in London, and see the sights that you want to see on this half- or full-day tour with a private local guide. Customized entirely to your preferences, your itinerary is totally flexible, and your tour includes what you need to see London with ease: preplanned logistics and a knowledgeable guide. See the landmarks that give London its renowned reputation such as the Tower of London and Big Ben, and discover the secret streets and parks that only the locals know.

INR 27,090
p.p. onwards
Itinerary
This is a typical itinerary for this product

The home of our beloved Queen Elizabeth II and a must-see for your visit in London.

We shall walk you up London's iconic foldable bridge. Fun times in London

Back to Shakespeare. This is the accurate reconstruction of the theatre in which William Shakespeare staged all his great plays. You will experience Shakespeare in the same way as Elizabeth I.

Pay your tribute. Princess Diana remains very dear to the hearts of the British.

The heart of the British Royals. Here is Buckingham Palace. Here are the Horse Guards. The Pelicans of the Royal Family

The masterpiece of Sir Christopher Wren, the symbol of London's rebirth after the Great Fire, and the great survivor of the air blitz during WWII

We'll take you along "Wobbly Bridge" for the bridge is famous "terminating vistas" - Saint Paul's cathedral on one side and tate Modern on the opposite side of the Tames River.

The Church for the Coronation and the burial site fo the Kings of England.

Shops and market and street artists since the 1600's. My Fair Lady was a flower seller there once.

Big Ben is not the clock Tower of London, it is the nickname for the great bell of the clock at the north end of Westminster.

London's most famous tradition. We will make sure you'll see the best of the changing of the guards

The most popular tourist attraction in the United Kingdom,even James Bond has ridden it. Now it is your turn.

Discover Walks is Europe's number one for custom private tours

Stop At: The View from The Shard, Joiner Street, London SE1 9QU England

London's newest icon. You can experience its observation deck. Just press on 72.

Together we shall experience the River that made Britian the most powerful Empire in the world.

When we take you there, we will explain all the behind the scene action taking place around you. We will even tell you what a Piccadill is. And why you want find any at Picadilly Circus.

Traveler pickup is offered
We meet you at your hotel, your residence, or any location you indicate in central London.
We are flexible and we offer a tailor-made tour.

star star star star star
Gerard is outstanding, he was incredibly nice, incredibly knowledgeable, the entire time he was very entertaining, funny, informative, and polite. He was also extremely flexible to adjust to our walking challenges. I am not sure this can be any better. Thank you for such an outstanding wonderful experience!!! I will always remember the Jubilee weekend for this outstanding tour!

star star star star star
Our guide, Davy, did a great job with our teenagers engaging them on topics of interest and also knowledgeably discussing the history of the various stops with the adults. Highly recommend.

star star star star star
Thoroughly enjoyed our day in London with Davey!! He was so much fun, knowledgeable, personable and incredibly accommodating! We couldn’t have asked for more! Certainly made our time in London memorable and enjoyable!

star star star star star
Engaging, thoughtful and interesting walking Tour. We learned so much! We walked to the major sights and enjoyed all the Information we got. Thank you David!

star star star star star
A little delayed with the initial booking correspondence but everything ran smoothly once we got closer to the actual date. Our guide Davey was the best. My boys ages 14 & 17 really liked him and he keep the tour informative and entertaining. Toured the entire city and had lunch at a great pizza place that originated in Naples.

star star star star star
We had a great experience and the guide Davey was incredible and showed us the best of London. I would highly recommend this tour, and request Davey.

star star star star star
Amazing Half Day Tour with Davey! We started at Borough Market and hit almost all of London’s top spots in four hours. There was a lot of walking - but Davey imparted so much local information and history it was an amazing experience. I left the tour wanting to read and learn more about the sights we saw and authors we talked about. Davey even recommended sights, pubs, and restaurants for later in our trip. The half (and full) day tours can be customized based on what you’ve seen already or what you want to learn more about. The tour company reached out via email well before our planned tour date to start inquiring about how we wanted to structure the day. Then, the day of the tour, Davey was able to make last minute changes on the spot. I whole-heartedly recommend this tour whether you have a day in London or a full week !!