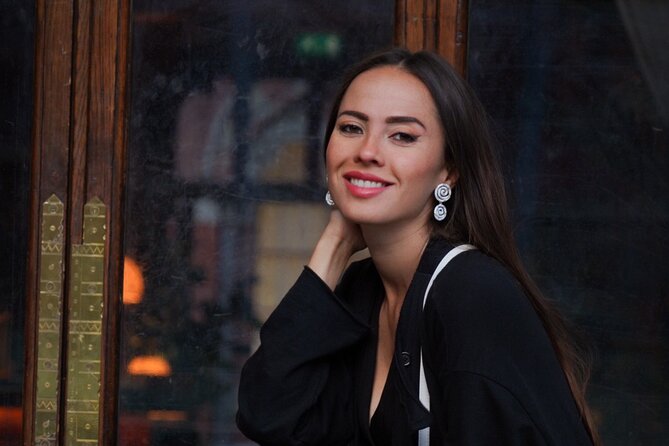 The only occult tour in London

Secret societies have existed in human society for thousands of years. Are the freemasons really running the world? Do they all want to rule the world? Are they manipulating the media and brainwashing the populations?

On this magical adventure I, Valery Danko, shed the light on the occult London history.

INR 21,072
p.p. onwards
Itinerary
This is a typical itinerary for this product

Meet your Guide at St James’s Palace, one of the oldest Royal Palaces in London. On your tour you will discover one of the first temples devoted to the study of magical arts. Afterwards your Guide will show you where in XIX century was the darkest society called ‘The Suicide Circle’. Walk through the Pall Mall before you arrive at the oldest occult bookshop in London. Discover stories about the Hermetic order of the Golden Dawn and its members. Continue you way to the Charing Cross Hotel where the French occultist Eliphas Levi performed an act of necromancy. Follow your Guide to Cleopatras needle, full of dark legends. Continue your way to Freemasons quarter and walk by hidden secret society Ordo tempti orientus, where the most influential member was English author and occultist Aleister Crowley.

Walk by the British museum and learn about its mysterious objects

star star star star star
Vallery was extremely friendly with knowledge about the cults and the places. I loved visiting bookshops and she gave me the time to explore. Planning more tours with Vallery.

star star star star star
11/10! Valery was exceptional! Fun, vibrant, personable and highly knowledgeable on all aspects of the tour. Her zeal and passion shine through and made the tour a truly enjoyable and unforgettable experience. I will 400% be booking a tour with her again in the future. 11/10. 7 stars.

star star star star star
Valery was very punctual and informative on our Occult tour in London! She was knowledgeable and really made the tour into an adventure through the various locations and shops in old London. Not only did we get to see a bunch of cool places and learn about their history, we also found some new spots to explore!

star star star star star
Great tour! Valerie was knowledgeable and gracious. She found us in a crowd of people and took us to a number of places, some of which we thought might be closed due to a bank holiday (but that she knew were actually open).

star
This tour would have been fine had I not spent $640 for just two of us. Taken to all the places as advertised. Guide very sweet and knowledgeable and helpful. Other walks of this caliber cost us $150 at most. Live and learn

star star star star star
Valery was an amazing tour guide and takes great care to make sure that the places you visit are tailored to exactly what you want to see. She was incredibly knowledgeable and made the entire trip so fun! You get to see parts of London that most other tours never mention or explore which is exactly what I was looking for after paying for boring, stale, and cookie cutter tours far too many times. Valery went above and beyond not only during the tour, but in providing lots of information and recommendations for my entire stay in London. She even took the time to help me capture the perfect photos for my family back home. I can't recommend the experience enough, it was worth every penny!

star star
Valery is knowledgeable about each of the stops, but it seemed for some it was a bit cursory. Part of it I believe is that you are not told of the depth of some of the sites in detail and scope. The tour involves a lot of walking which takes up most of the tour compared to number of stops. I didn't have an issue with the walking part, buy some of the stops were very cursory at best. I think the tour would be better if Valery combined it with another tour she does to present you with more stops and insight.
Previous Next
keyboard_arrow_up