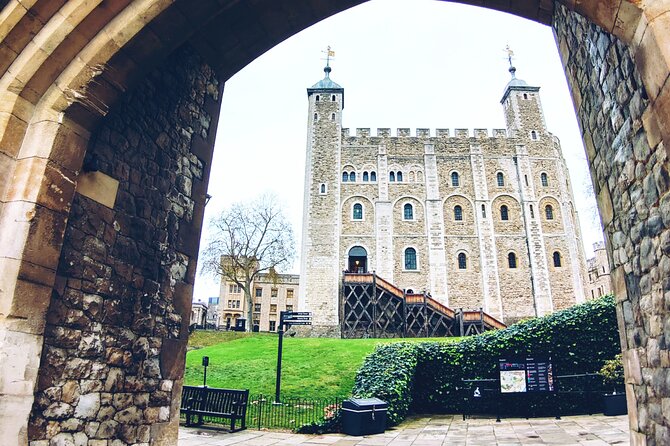 London In One Day - A Private & Bespoke Tour Itinerary

Perfect for those who have limited time in London, and want to make the most of their visit with their own expert guide. You get to see everything at your pace with someone else in charge of the navigation!

A personal and private tour of central London, the historic old city area, plus a bonus area of your choice.

After seeing the world famous landmarks the tour moves on to some of London's hidden alleys and sights away from the usual tourist trail.

Then perhaps a traditional Pub with a history stretching back over 400 years for lunch?

Why be herded around in a large tour group on a strict schedule? See London at your pace with your own personal local guide who will meet you direct at your hotel for a unique and personal tour of this great city. Our itinerary can be tailored to your interests, so you get the most out of your day.

This Tour For 1 Person 09:00
London In One Day - A Private & Bespoke Tour Itinerary For One Person.(Children under 16 go FREE when accompanied by an adult - (Max 2 on this Tour Option)
Pickup included

This Tour For 1 Person 10:00
London In One Day - A Private & Bespoke Tour Itinerary For One Person.(Children under 16 go FREE when accompanied by an adult - (Max 2 on this Tour Option)
Pickup included

This Tour For 2 People 08:30
London In One Day - A Private & Bespoke Tour Itinerary For Two People.(Children under 16 go FREE when accompanied by paying adults - (Max 4 Children)
Pickup included

This Tour For 2 People 09:00
London In One Day - A Private & Bespoke Tour Itinerary For Two People.(Children under 16 go FREE when accompanied by paying adults - (Max 4 Children)
Pickup included

This Tour For 2 People 10:00
London In One Day - A Private & Bespoke Tour Itinerary For Two People.(Children under 16 go FREE when accompanied by paying adults - (Max 4 Children)
Pickup included

This Tour For 3-4 People 09:00
London In One Day - A Private & Bespoke Tour Itinerary For 3-4 People.(Children under 16 go FREE when accompanied by paying adults - (Max 4 Children)
Pickup included

This Tour For 3-4 People 10:00
London In One Day - A Private & Bespoke Tour Itinerary For 3-4 People.(Children under 16 go FREE when accompanied by paying adults - (Max 4 Children)
Pickup included

INR 30,581
p.p. onwards
Itinerary
This is a typical itinerary for this product

The following steps are an example itinerary. I will make sure the day is personalised to your interests and pace. As your personal and private guide let me show you London...

Buckingham Palace is the official London residence of the British Monarch. Thousands of people flock here to see the Changing of the Guard ceremony, and hope to spot a member of the Royal Family.

Originally called Buckingham House, it was built for the Duke of Buckingham in 1703, and then later bought by King George III. subsequent Monarchs extended the building and by Queen Victoria's reign it became an official royal residence.

Maybe the Queen will be in residence? Look up at the flag, if the Royal Standard is flying "one is home".

Originally St Peter's Abbey founded in 960AD, it became "West -Minster" to distinguish is from St Paul's Cathedral "The East-Minster".

Since William the Conquerors coronation in 1066 all Monarchs have been crowned here. and some of the most famous people in British history have been buried here.

In recent years Princess Diana's funeral was held here, and the marriage of her son Prince William to Catherine Middleton, both of which were watched by millions around the world.

This impressive Gothic Building houses the British parliament and the House of Lords. Technically this is still a Royal Palace with origins back to Edward the Confessor.

A fire devastated the original Palace in the time of Henry VIII and he moved out, however his advisers and shire representatives continued to meet in the rooms that escaped the fire. This continued until 1834 when another fire destroyed the Parliament buildings. The present building complete with "Big Ben" was finished in 1870.

This is the area of London where Government business is carried out. We will pass 10 Downing Street, (the Prime Ministers residence) Horse-guards Parade, and The Churchill War rooms.

Just before we get to Trafalgar Square, Sherlock Holmes fans may like to see Great Scotland Yard, and The Sherlock Holmes Pub, a location from Hound of The Baskervilles.

Let's pause for a moment in the dead centre of London. From the Charles I statue all distances from London to other cities are measured. King Charles looks down Whitehall toward the place he was beheaded in 1649.

But Trafalgar Square is really all about one man, Admiral Lord Nelson. The square was laid out in his honour in 1844.

There are some interesting and beautiful buildings around this square, let me tell you about them before we move on.....

Originally the "Convent Garden" that grew produce for Westminster Abbey's monastic community, it later became London's red light district, and a playground for the Aristocracy including King Charles II who met Nell Gwynn in the local Theaters and Taverns.

The fruit, vegetable and flower market dominated the area during Charles Dickens time, and is often referenced in his stories. This market continued until 1974 when it was moved to South London.

Now the area is full of street performers, busy shops, restaurants and cafes. A must do stop when in London.

Now we have covered some of the famous landmarks, lets go in search of the London often missed by most tourists. This area of London is 2000 years old.

Crossing over into the City of London you will be taken into the Inns of Court, a hidden world used by the legal profession, and a haven not usually visited by most tourists.

You will see the building where Shakespeare performed Twelfth Night for the first time, a fountain that inspired Charles Dickens, and the English headquarters of The Knight's Templar.

There has been a Church on this site for over 800 years. St Bride's is often referred to as 'The Cathedral of the Press' due to its long association with the newspaper offices that used to be based in Fleet Street.

During WW2 St Brides took a direct hit from a German Bomb and the roof was completely destroyed. Before rebuilding took place Archaeologists had the chance to look down in the crypt. What they found was amazing.

Let me show you a hidden medieval chapel, charred remains from the Great Fire of London and a Roman Pavement in this little known Museum.

This is usually a good time to take lunch and what could be better than visiting one of London's oldest and most atmospheric pubs.

The cellars here date back to the 13th Century, and the upper rooms have barely changed since 1667.

Lets get a spot by the fire and I will tell you all about Polly the Parrot, Charles Dickens, Samuel Johnson and the Hellfire Club who all enjoyed drinking here.

There has been a site of Christian worship here for over 1000 years. The old St Paul's was destroyed in the Great Fire Of London in 1666. The 'new' St Paul's was built by Sir Christopher Wren over a 40 year period starting in 1668. It is his masterpiece, and one of London's most iconic landmarks.

Just a short stroll from the Cathedral there are buildings that survived the great fire, and the spot where William Wallace (Braveheart) was executed. Sherlock Holmes fans may like to also see St Bart's, the hospital where Holmes and Watson first met.

The City of London or Square Mile is the ancient heart of London and home to the financial district. The Bank of England, the Royal Exchange, and the spooky Cornhill Devils are highlights on this point of the tour, as well as Ebeneezer Scrooges Counting House and Charles Dickens favourite restaurant, which are all reached by walking down some of London's oldest surviving courts and alleys.

One of London's oldest and prettiest markets on the site of a Roman cross road. It's no wonder that Leadenhall Market has featured in some of the worlds most famous movies and novels. Most recently as a filming location for the Harry Potter Films, and the market where Ebeneezer Scrooge sends the boy to get the biggest Turkey on Christmas morning.

One of the most devastating events in London's history took place just near where Monument Underground Station now stands. This is where the great Fire of London started in 1666 destroying 80% of the old city of London. Fortunately your guide knows some of the areas that survived.

The Monument itself is 62 Meters high, and has 311 steps to the top. The view is well worth the effort, and those wishing to make the climb are more than welcome.

The White Tower is the oldest intact building in London and was built by William the Conqueror around 1080.

The Tower has had a long and often bloody history throughout the centuries and is home to The Crown Jewels, and the famous Ravens that live like Kings in the Castle. Legend has it that if the Ravens ever leave the Kingdom and the Tower will fall!

After a fun filled, informative day tailored to your interests, there will be time to take some pictures of the beautiful Tower Bridge which is right next to The Tower of London.

star star star star star
Dad and I only had one full day in London before we flew home to the States so I was looking for a private all day walking tour of the major sites. I found Richard's bespoke private tours through Viator and his description and price were perfect! Richard was easy to communicate with between the booking and tour. He asked about our interests so that the tour would meet our desires. He was right on time to pick us up at our hotel and could not have been more friendly throughout the day. He walked at our pace, took tons of photos for us, answered all our questions from history to current events and even made sure we got to see the changing of the guard. He took breaks when we needed them and after seven hours when we were walked out he escorted us back to our hotel. My 81-year old Dad that morning had said he wasn't sure if he wanted to go since it looked rainy, but a couple of hours into the tour he gave me an A+ for finding Richard. Dad and I travel a lot and books lots of tours. Richard's tour was one of best and best value we have experienced. I highly recommend! Camille

star star star star star
Richard was amazing. He took us to see all must see sights and then took us thru historic alley ways and gardens filled with stories. We loved every minute.

star star star star star
I found Richard to be a knowledgeable guide who added greatly to my London experience. His historical knowledge allowed me to better appreciate the venues we visited. He also offered valuable practical advice in advance of my trip - allowing me to customize my tour and my stay. Highly recommended.
Previous Next
keyboard_arrow_up