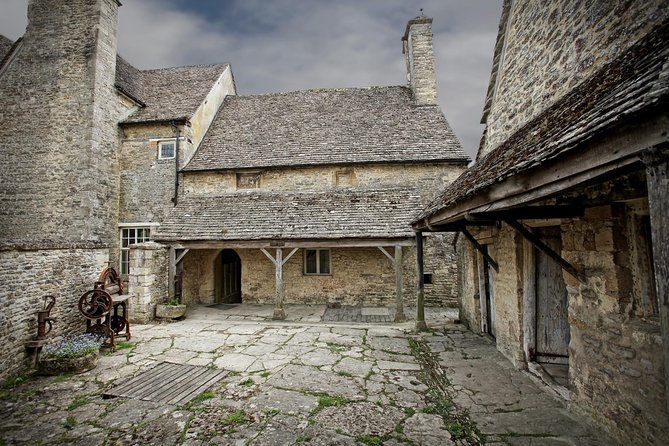 INR 41,899
p.p. onwards
Itinerary
This is a typical itinerary for this product

The first location that you visit is about 70 miles out of town and (depending on traffic) the journey lasts between 1.5 to 2 hours.

Upon your arrival at the historic 10th century farmstead which featured as Yew Tree Farm in Series 4 and 5, you can enjoy a complimentary Cotswolds platter. Following lunch, you will have a guided tour of this location which featured as the home of Mr Drewe, the struggling tenant who agrees to secretly help raise Lady Edith’s daughter.

Most notably, you will visit Downton Village where you will get a guided tour of the village and see familiar sites such as exteriors of Downton hospital, the village pub, the former home of Matthew Crawley and the local church, amongst others. Following this guided, tour you will be able to explore the village for yourself. The tour ends in London.

Explore the heart of rural Oxfordshire where several villages have been used in the world of Downton Abbey. You will see ‘Kirbymoorside’, where Anna’s bus splashes through the stream outside the pub where Bates worked when he left Downton Abbey. There will be a short stop at the church that Matthew and Edith visit in series 1 (episode 3) and you’ll pass the pub where Branson and Lady Sybil stay when they elope in series 2.

See some of the locations filmed in central London including the exterior of Grantham House.

star star star star star
This was a small-group tour. We met Amber, our tour guide, and from then on, it was everything Downton!! On the way to Bampton, the village where the village scenes were shot, Amber played the first episode of Season 1. The village is amazing. I was surprised to find that it's smaller than I thought. Be sure to stop by the bakery for delicious cupcakes! Then on to Highclere Castle. No photography is allowed inside but it is almost exactly like it looks on the series. It was wonderful to wander the lawns where Mary and Matthew wandered! On the way back to London, Amber gave us a Downton quiz which was much more fun that her simply giving facts. Then, another episode from a later season. I would highly recommend this tour for all Downton Abbey fans!!!

I enjoyed this tour. The tour guide was wonderful. Very informative. I thought was tour included seeing the Castle as,well. Disappointed. The food offered was not that good.