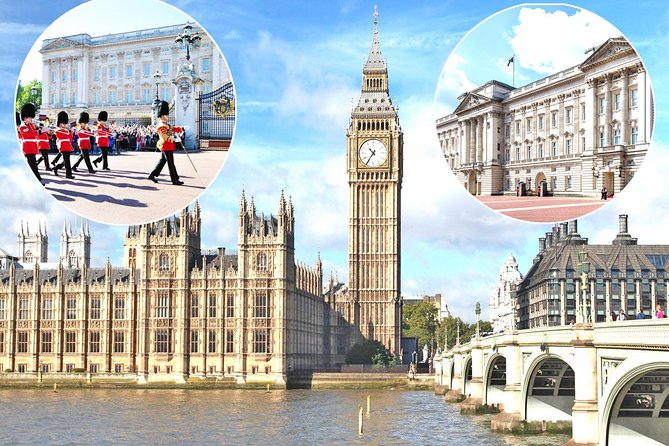 Enjoy a private tour of London's city center highlights designed for your family and kids. An expert guide will engage both children and parents in a fun and educational itinerary that includes Westminster Abbey, Buckingham Palace, the Changing of the guards, Downing Street and many other famous sites. The 3-hour walking will also utilize public transport along the way.

PLEASE NOTE: as this is an outdoor walking tour you will see all the attractions from the outside.

INR 20,865
p.p. onwards
Itinerary
This is a typical itinerary for this product

First stop is Westminster Abbey. You will admire the exterior of this magnificent Gothic cathedral next to the Place of Westminster, the most important religious building in all of the United Kingdom. This church is where Britain's kings and queens are traditionally crowned and also where they are eventually buried.

Next, your guide will take you to see from outside the Big Ben and the Houses of Parliament, then to Downing Street where the residences and official offices of Her Majesty's British Government are housed - The Prime Minister at No. 10, and the Chancellor of the Exchequer at No. 11.

A short walk away is Buckingham Palace where the Queen resides when she is in London and where, on Mondays, Wednesdays, Fridays, and Sundays, can be seen the amazing spectacle of the changing of the guard, as long as the weather is fine.

You'll take the world's oldest metro system, the London Underground, from the city of Westminster to the city of London.

Here you will be able to admire the facades of this beauty of St. Paul's Cathedral as well as the other attractions this area has to offer.

London was a Roman settlement and dates from the 1st Century AD to the middle ages. It is a very ancient section of Greater London and was originally named Londinium. You will also be able to see sections of the old London Wall, fortifications built by the Romans at the time of the great Roman empire to protect the city from marauders.

This is a tour the whole family will enjoy and your guide will be happy to customize the itinerary for you if you wish to do so.

NOTE: This is an outdoor walking tour where you will see the attractions from the outside.

Piinocchio tours for kids and families

star star star star star
Lucy was fantastic! We were able to have Lucy as our guide for all three days in London. She took us on a walking tour to Westminster, to the Tower of London, and through the British Museum. She was so patient and kind to our three children while providing incredibly knowledgeable information to all three stops! I highly recommend these tours and make sure to ask for Lucy!

star star star star star
We actually had three tours through this company in one week- all with Dan as our tour guide. He was witty and extremely informative, as well as patient with our two young kids. My son kept interrupting him and we were very impressed with how he could both pay attention to him and then steer the conversation back to the tour. We actually asked to modify this walking tour to include a visit inside Westminster Abbey and the tour company got back to me right away to make the adjustments. They were very kind and attentive. Overall, I highly recommend this company and Dan!

star star star star star
We brought our three kids (13, 10 and 7) to London and signed up for this and another tour. Denisa from Pinocchio Tours was our guide for both and she was fantastic. She did a great job engaging all kids across a large age spread (big difference between 13 and 7!) while also making the tours interesting for the adults. Highly recommended.

star star star star star
This was by far the best tour we have ever done. With 3 young grandchildren, tours can be hectic. Denisa is the best guide EVER. So knowledgeable and kept young and old entertained. She should teach a class on how to give a tour. BEST TOUR GUIDE EVER!

star star star star star
Our guide Denisa did an excellent job engaging our two daughters, ages 10 and 3, with our walk around London. She was very kind and knowledgeable, and the pace was just right for our young girls. She kept it interesting with the right mix of history and kids' stuff (a quick stop inside the Lego store, and a wonderful stroll through the park). She ended our walk with a lot of suggestions for lunch and other sites to see. It was time well spent! My daughter is asking if we can have another tour with her the next time we visit London!

star star star star star
The guide Danny was kind and nice to the kids (6 and 12). He told some stories you will never know from a book. Very interesting and funny for all of us. We are German speaker, children go to an International school. Danny has showed a lot of patience when he had to repeat the information several times and showed a great sense of humor. And last but not least he knew some great views and places to go beside the common sightseeing spots.

star star star star star
I was very impressed with the way the tour was organized and customized for us, and I really appreciated how professional and how kind and friendly the team were. During our London Highlight tour, our guide Danny was very informative and with his sense of humor was able to keep the whole family entertained, including the kids! At the end of the tour, we thought we knew everything there was to know about London, and our kids (10 and 13 years old) couldn't stop talking about it! This is a memory that will stay with us, and as we had such a good time, we can only recommend that you try it as well, you won't be disappointed!

star star star star star
We had already seen some of these locations but the additional information was excellent. The guide (Denisa) was incredibly knowledgeable and knew the best places to stand to take photos and to view all the action. The walk can be as long or as short as you like and everything is tailored to what you want to do - just let them know. We finished in the theatre and restaurant area so were spoilt for choice when we were finished. There is a lot of walking but it's as your own pace. Probably our highlight was the pomp and ceremony of the changing of the guard, but of course we shared it with several thousand others. Still, Denisa got us great views. Well worth the effort and I would recommend this group for personal tours. 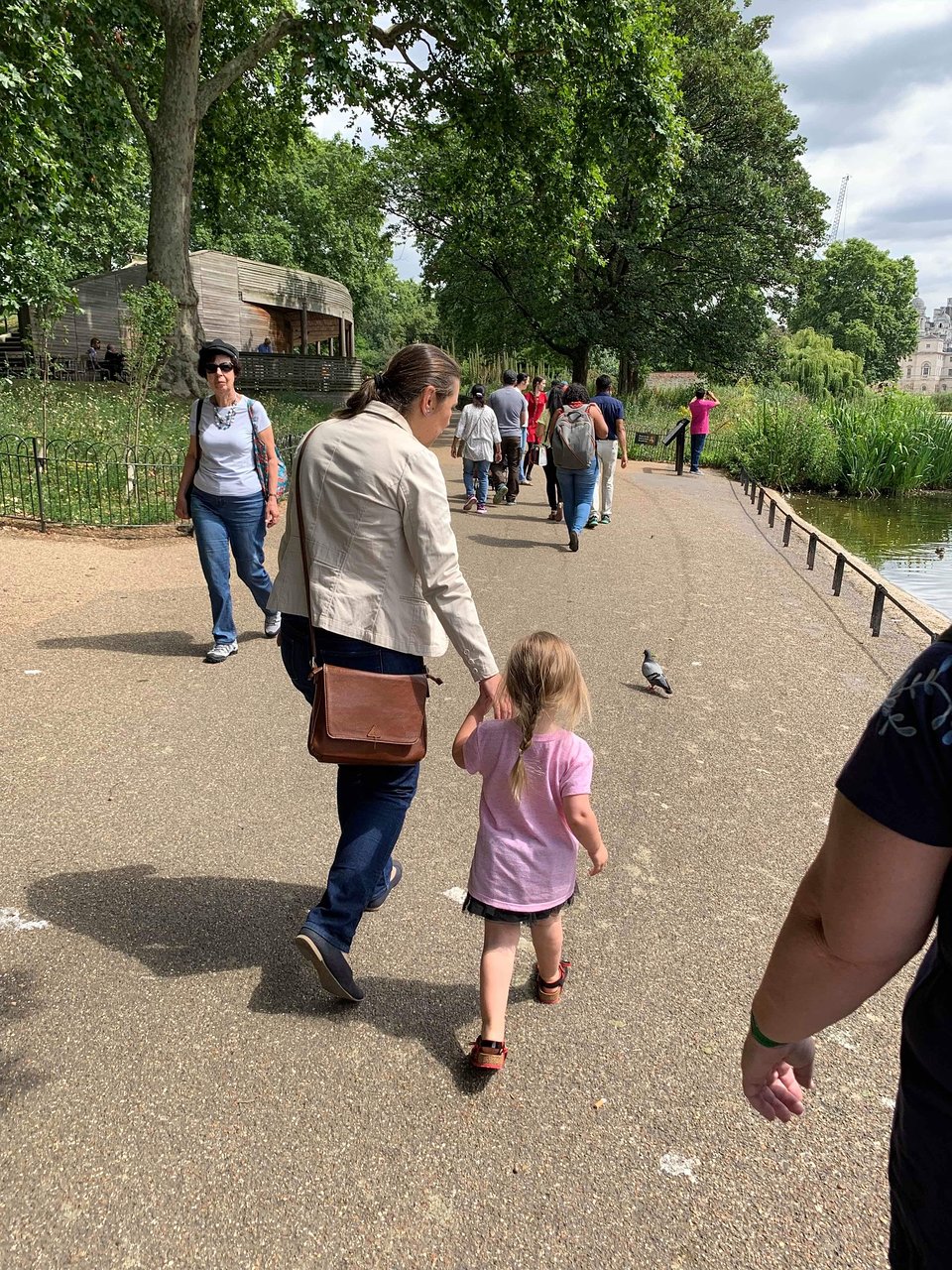