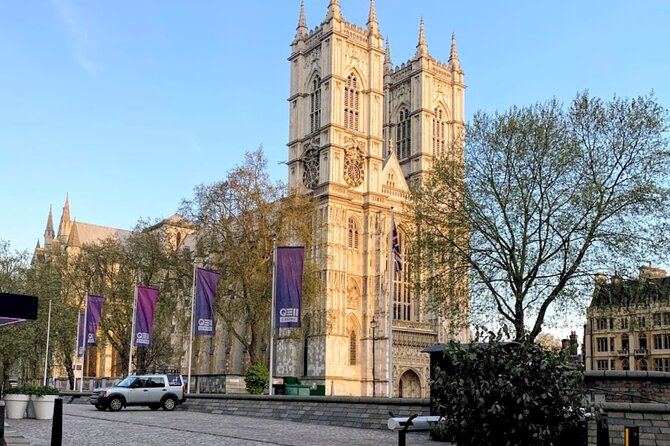 Discover the best of Westminster with your qualified, private London tour guide.

Begin the day at Westminster Abbey. You'll walk down the royal aisle that has been home of coronations, royal weddings and the final resting place of royalty, scientists and poets.

Next you'll explore Parliament Square and see the world-famous Big Ben and the Houses of Parliament. Then, pop over to Whitehall and Downing Street to see where the Prime Minister lives.

Finally, it's time to explore Churchill's War Rooms. This underground bunker was where Churchill ran Britain's WWII operation. Learn about how The Blitz saw tens of thousands of bombs dropped on London in just 8 months. You will see everything from the map rooms to Churchill's bedroom, the radio broadcast room to the dining room and see where decisions were made that would affect the world forever.

This is the ultimate tour of Westminster - get ready for an adventure unlike any other.

INR 25,614
p.p. onwards
Itinerary
This is a typical itinerary for this product

Explore the inside of Westminster Abbey with your private tour guide.

Peer through the gates at the most famous political street in the world, including Number 10 home and office of the current Prime Minister of the United Kingdom. We do not enter Downing Street on the tour.

The home of the House of Commons and the House of Lords. We do not go inside Parliament on this tour but you'll see this beautiful building from the outside.

London's hidden war rooms are an incredible experience that you really have to see on your visit here.

star star star star star
Rowan was well prepared, insightful and easy to be around. There were three of us, two parents and a 19 year old. Rowan was able to work well with all three of us. He had tremendous knowledge - and was sure to point out all of the interesting highlights and stories that you may know, while adding much more depth, as well as many things we did not know.

star star star star star
We had a fantastic experience with our guide, Gavin, and driver, Tamvir. We learned so much in just one day and our two children (ages 11 and 14) had a lot of fun. Gavin was exceptional with our children, he was truly a pleasure to have as our personal guide. Can't recommend this tour (and the Gavin/Tamvir team) enough!

star star star star star
This was one of the best tours we did. Flicc was a wonderful guide. She brought Westminster Abbey history to life and knew a lot about the historical figures buried or memorialized there. She took us to see the King Edward throne that was behind a rope that no one else was visiting. She kept our 12 year old and us engaged and interested with her lively discourse there and at the War Rooms. Well worth the money for the personal attention.
Previous Next
keyboard_arrow_up