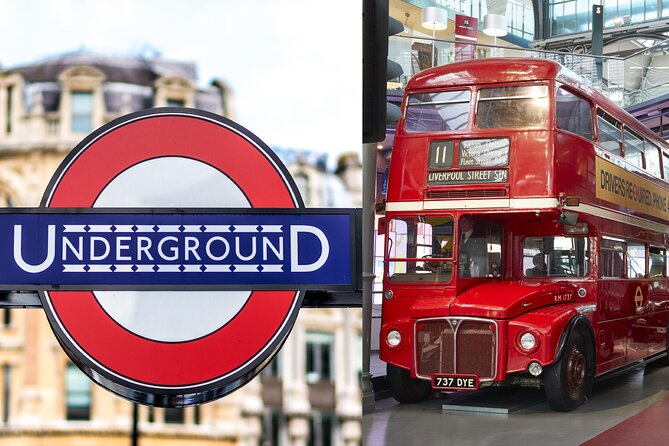 Join us on this small group walking tour to discover the secrets behind the world’s first underground railway. See the exterior of disused stations such as Down Street through which Churchill would travel during the Blitz. Hear the stories of the ‘Mind the Gap’ widow, the creation of The Tube map & glimpse ‘ghost’ platforms shut off from the world.

After your tour why not extend your day with a visit to London’s interactive Transport Museum in the heart of Covent Garden?

INR 2,932
p.p. onwards
Itinerary
This is a typical itinerary for this product

The tour begins at the historic Baker Street Station, one of the original stops on the Metropolitan Railway, the world's first underground railway.

Oxford Circus Station - Construction began in 1962 on the initial Walthamstow to Victoria section, where cross-platform interchange were to be provided at Oxford Circus. The Victoria line platforms opened on 7 March 1969. The station opened as part of a second extension from Warren Street to Victoria.

Green Park, Down Street Station - It was opened in 1907 by the Great Northern, Piccadilly and Brompton Railway. It was latterly served by the Piccadilly line and was situated between Dover Street (now named Green Park) and Hyde Park Corner stations. ... Its lack of patronage coupled with its proximity to other stations resulted in its closure in 1932.

Embankment Station - History of Embankment Embankment runs from the City of Westminster right up to the City of London along the north bank of the River Thames, and was originally developed in the 19th Century to reclaim marshy land from the river banks.

The station was opened as Westminster Bridge on 24 December 1868 by the steam-operated District Railway (DR) (now the District line) when the railway opened the first section of its line from South Kensington. ... Access to the station was via a passageway from Bridge Street and a pedestrian subway under the road.

Discover the history of London’s transport at London Transport Museum. Explore the heritage of London and its transport system, and the stories of the people who have travelled and worked in the city over the last 200 years, before taking a peek into how future technologies might impact London as we know it.