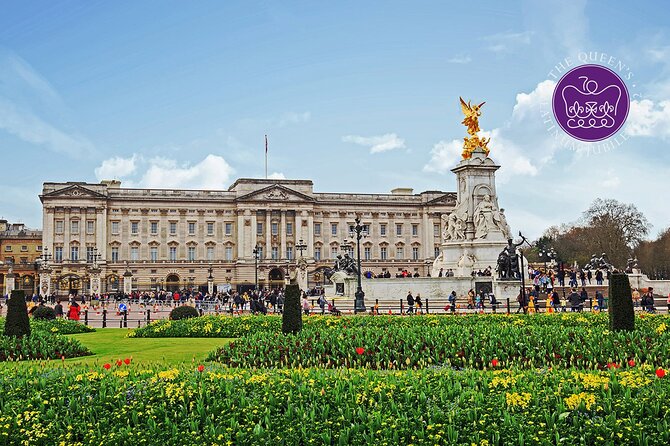 This fantastic half-day tour provides the perfect introduction to London's major landmarks. See the best bits of London in only half a day and learn all about London's history with your Expert Blue Badge Guide. Plus, watch the Changing of the Guard* at Buckingham Palace, an event steeped in tradition and ceremony.
After the tour, Experience afternoon tea with a royal flair at the 5-star Rubens at the Palace hotel.

• A fantastic introduction to the history of London
• Enjoy a relaxing tour of London with an Expert Blue Badge Guide
• See London's most iconic sights and landmarks
• Afternoon tea at The Rubens at the Palace Hotel, overlooking the Royal Mews of Buckingham Palace
• Freshly-baked scones slathered with clotted cream accompanied with home-made preserves

Royal London Tour with Afternoon Tea at The Rubens at the Palace 09:00

INR 6,298
p.p. onwards
Itinerary
This is a typical itinerary for this product

Westminster Abbey, formally titled the Collegiate Church of Saint Peter at Westminster, is a large, mainly Gothic abbey church in the City of Westminster, London, England, just to the west of the Palace of Westminster. It is one of the United Kingdom's most notable religious buildings and the traditional place of coronation and a burial site for English and, later, British monarchs.

Big Ben is the nickname for the Great Bell of the striking clock at the north end of the Palace of Westminster in London, England,[1] although the name is frequently extended to refer also to the clock and the clock tower.[2] The official name of the tower in which Big Ben is located was originally the Clock Tower, but it was renamed Elizabeth Tower in 2012, to mark the Diamond Jubilee of Queen Elizabeth II.

The Palace of Westminster serves as the meeting place for both the House of Commons and the House of Lords, the two houses of the Parliament of the United Kingdom.

10 Downing Street in London, also known colloquially in the United Kingdom as Number 10, is the official residence and executive office of the First Lord of the Treasury, usually also the prime minister.

Trafalgar Square is a public square in the City of Westminster, Central London, established in the early 19th century around the area formerly known as Charing Cross. The Square's name commemorates the Battle of Trafalgar, the British naval victory in the Napoleonic Wars over France and Spain that took place on 21 October 1805 off the coast of Cape Trafalgar.

Buckingham Palace is recognised around the world as the home of The King, the focus of national and royal celebrations as well as the backdrop to the regular Changing the Guard ceremony.

Stop to watch a ceremony that is the epitome of the pomp and pageantry for which Britain is famous for around the world.

star star star
Mixed bag! Dave and driver were good BUT the connection to the afternoon tea was a disaster. They dropped us off there and we had to walk nearly a mile to Rueben’s. I have trouble walking and that is why we selected this. Took over 30 minutes and I was whipped after trying to figure out how to get there. The restaurant gave away our table because we were late. Had a terrible time showing them we had paid thru the tour. Like it was the first time. Did not recognize our tour ticket. After we settled down the “Tea” was quite good
Previous Next
keyboard_arrow_up