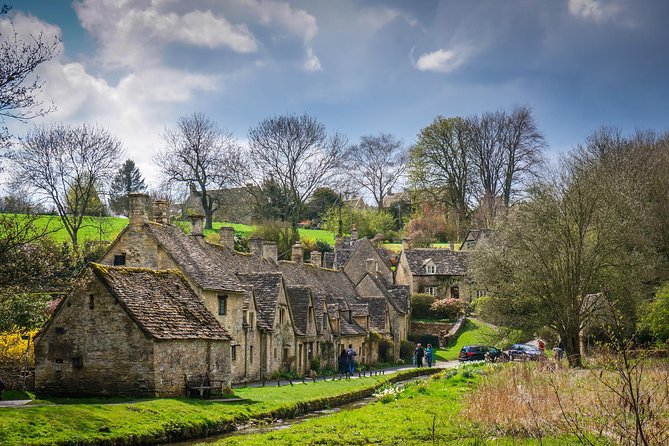 With its rustic rural charm, rolling hills, vibrant market towns and picture-perfect villages, the Cotswolds covers nearly 800 square miles of unspoilt countryside. Take a small group trip through its rolling hills, home to some of the most famous and historic towns and villages of England. An Area of Outstanding Natural Beauty, this range of hills in west-central England is packed with picturesque villages built of Cotswold stone, beautiful churches and vast manor houses. As you make your way through little villages and historic market towns you will have the opportunity to explore the honey-coloured cottages of Bourton-on-the-Water, Bibury and Burford. Highlights include a stunning row of 17th century weaver’s cottages and a tranquil river flowing through the ‘Venice of the Cotswolds’.

SGD 174
p.p. onwards
Itinerary
This is a typical itinerary for this product

Covering almost 800 square miles and no fewer than five English counties, the Cotswolds are the single largest designated Area of Natural Beauty in the UK. The area was once renowned for its wool production, reminders of which you can still see today. During this Experience, we will be visiting three picturesque villages hidden in the heart of the Cotswolds, with honey-coloured limestone period buildings and rich cultural heritage. Relax aboard your Luxury Small Group Vehicle with an expert guide as you enjoy the best of the English countryside.

Bibury - “the most beautiful village in England”
On arriving into Bibury you may think you have been transported back to a different age. The village was once described by the British poet, artist and novelist William Morris (1834-96) as “the most beautiful village in England”.
Bibury’s attractions includes Arlington Row, a 17th century row of weavers cottages built of local stone next to the River Coln. It is one of the most photographed areas in the region and was chosen as a location for the 2007 film ‘Stardust’. Close by you will find the Bibury Trout Farm and a Saxon Church.
The River Coln flows between the main village street and a watermeadow: together with Alrington Row as a backdrop, it makes one of the most picuresque scenes you will find in the Cotswolds.

It’s easy to see why William Morris called Bibury ‘The most beautiful village in England’ – wonderful stone buildings strung out along the banks of the River Coln.

Burford – “Gateway to the Cotswolds”

Burford is known as the gateway to the Cotswolds. Its High Street slopes from the high Wolds, where you have beautiful views over the open countryside, down to the willow fringed River Windrush in the pretty Windrush valley.
Guests can choose the option in advance that includes a delicious 3-course pub lunch in this picturesque village. Guests not choosing the lunch option may choose to visit Burford’s numerous small shops offering Cotswolds cheese, quality meats, freshly made cakes, antiques and books.

Regularly voted one of the prettiest villages in England, Bourton-on -the-Water has a unique appeal to visitors and residents alike.
Known as the Venice of the Cotswolds, this one village offers a wealth of attractions and shops, restaurants and tea rooms, or simply the space for you to enjoy some tranquil time by the River Windrush, spanned by its five arched bridges.
Bourton-on-the-Water’s most prized feature is its tranquil river. Fed from many springs, its source is approximately ten miles from the village, and even in the 1976 drought the flow continued.
Where the river enters the village centre, over the rapids next to the Old Mill, its clear waters flow under a miscellany of arched stone bridges past the green with its banks of Cotswold stone.

star star star star star
The Cotswolds were beautiful. Leslie and Greg also helped to make for a wonderful experience. The coach was comfortable and the tour guide was very knowledgeable. They went out of their way to make the experience lovely.

star star star star
Very well planned. Good driver and guide was knowledgeable and funny. The one thing we would change would be to allow a little more time in the first two villages or even do just 2. IT felt pretty rushed.

star star star star star
Incredibly beautiful and charming area of the country. We got to visit three different villages and each one had its own outstanding features. The guide did a wonderful job of giving us information without overload. Not to be missed!

star star star star star
The villages were so beautiful and Leslie, our tour guide was very knowledgeable and very nice. I would only recommend they have ponchos available for sale on their tours buses in case someone needs it. It was unexpectedly a rainy day and I’ve got all soak and wet. I couldn’t see much of the village and enjoy the walk :(

star star star star star
The Cotswolds is very picturesque. Overall was more touristy feeling than I was expecting, minus the last spot we went to: we were the only group there by the time we got there, which I actually liked. Our tour guide Deborah was great. There were some issues with protestors making our tour bus late, but they made sure we still had the same amount of time in each location and kept us very well informed on what was going on.

star star star star star
Lesley was an excellent and knowledgeable tour guide with a wonderful personality. Had a great time on this tour meeting other travelers and enjoying the beautiful sites. Small group tours are excellent as you are able to see sites not easily reached by larger coaches and they enable a more personalized experience.

star star star star star
This was a smaller bus tour, which I preferred over the large coaches. The tour guide was able to be more personal and relaxed. We still had a tight schedule but it didn't feel as rushed as the larger bus tours to Bath, Stonehenge and Windsor. Our tour guide, Lesley, was great. She described the areas as we drove by and gave us history before each stop, then we'd have time to wander on our own. The first stop was Bibury, which is the iconic picture of the houses that you see above. Each town is small so we didn't feel too rushed. We had a little over an hour to tour here and walk a square around the village. Next we went to Bourton-on-the-Water. This is a cute village along a canal with a lot more shops and restaurants. We grabbed fish and chips to go and ate in the park, then also had time for a beer at a pub. You can do lots of shopping here too. We had about 1.5 hours to tour this town. Finally we stopped in Burford, which also has more shopping and restaurants. We took a quick look at the abbey and walked up and down the street. Again, we had time for a beer within our 1.5 hour stop. It may sound rushed, but these villages are only a couple of blocks long and it was more relaxing being in a smaller group so that Lesley could adjust the schedule if needed. It was also a great change of pace from the hustle and bustle of the city for a day.

star star star star star
We visited 3 charming Cotswold towns and had plenty of time to walk around. At the 2nd town we were able to enjoy a relaxing lunch with a pint and just soak in the beauty. 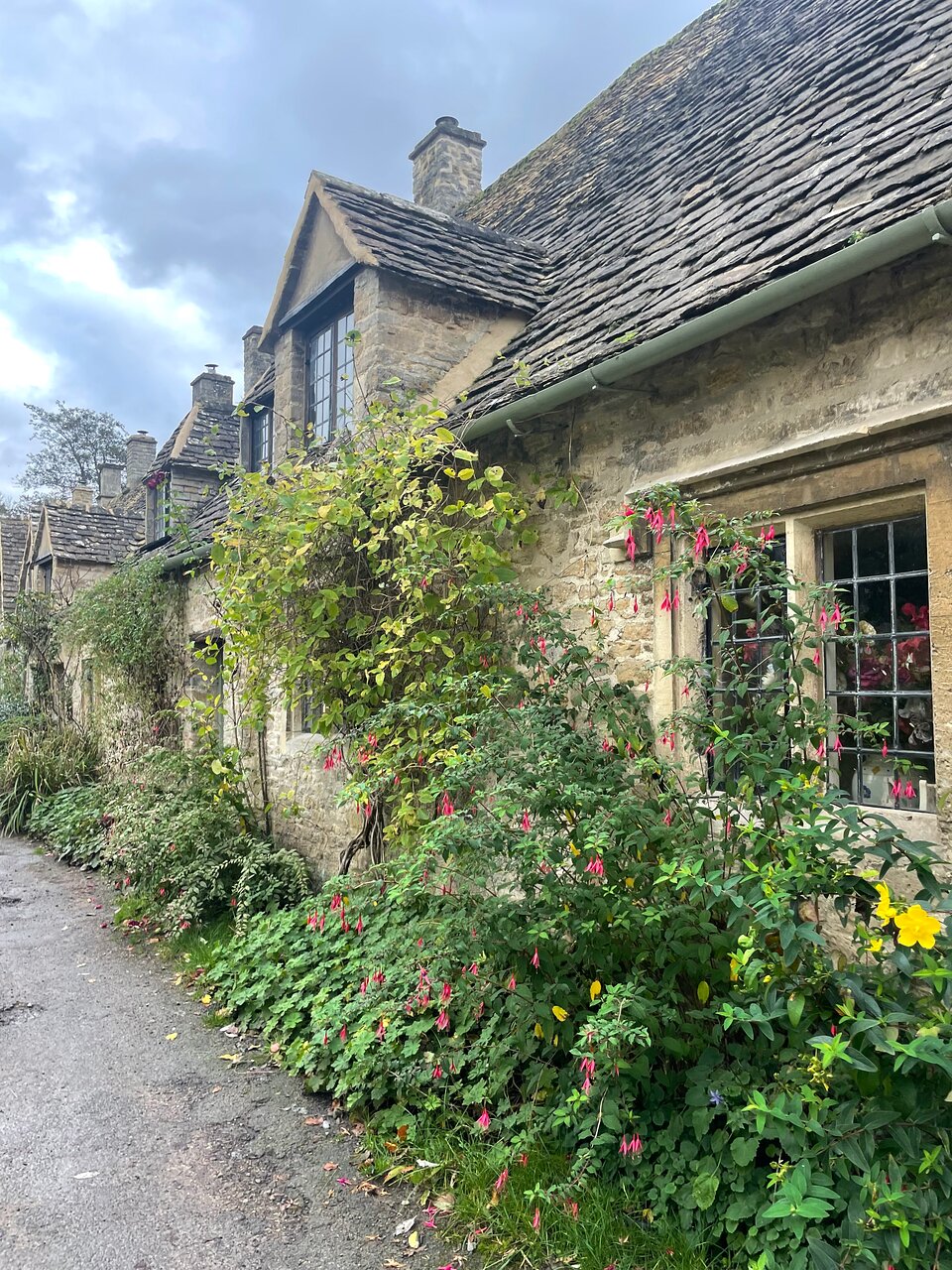 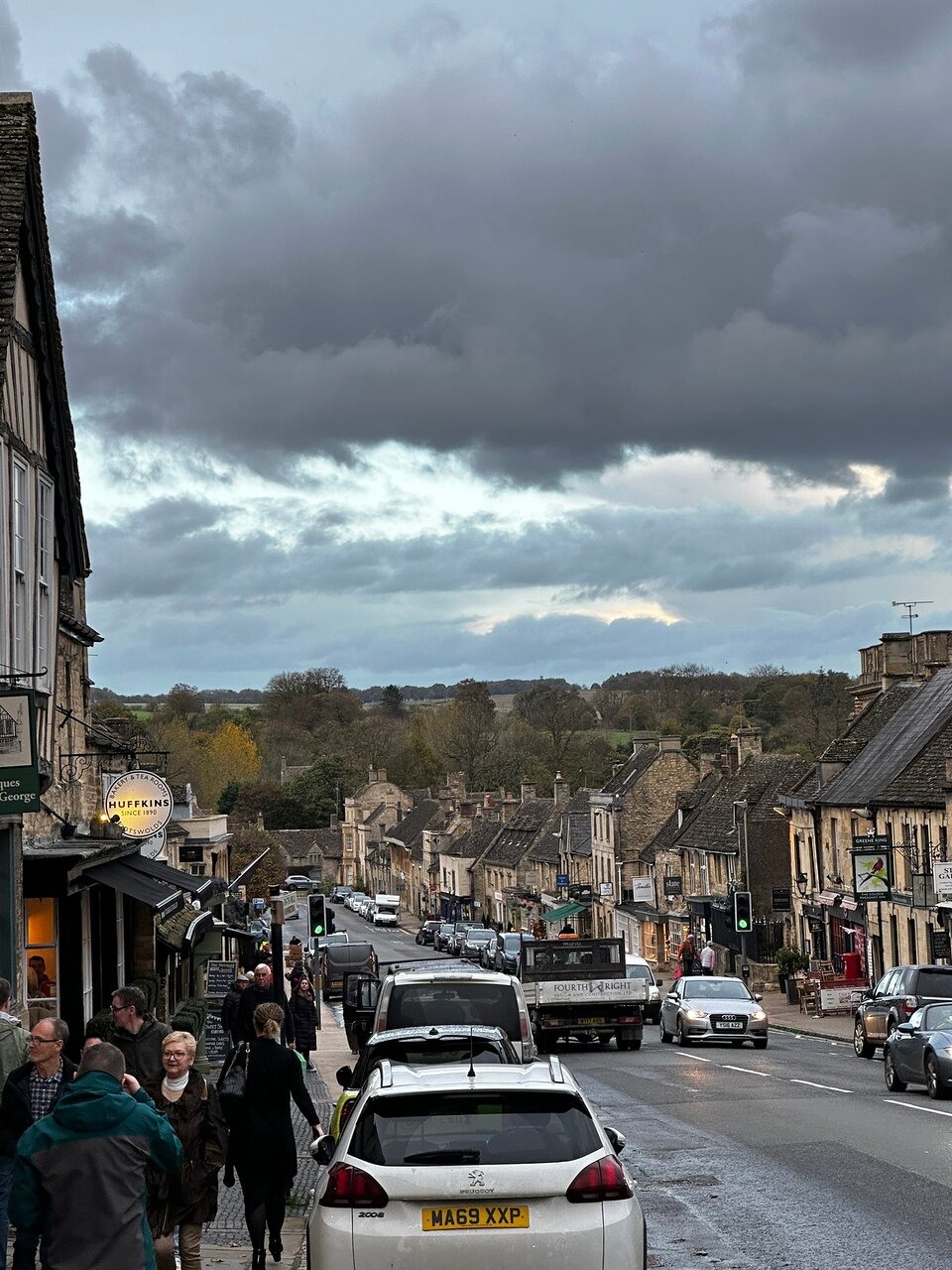 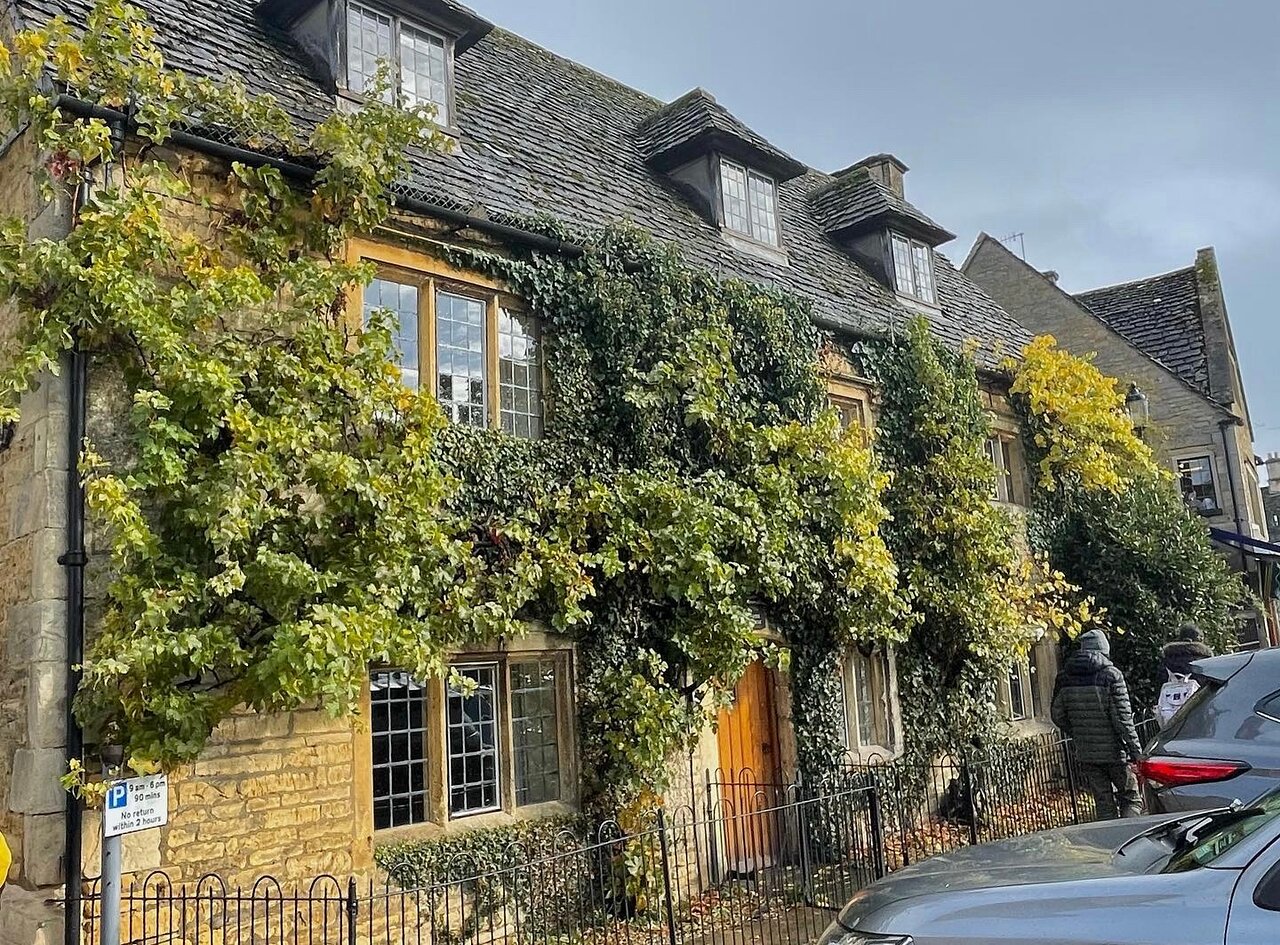 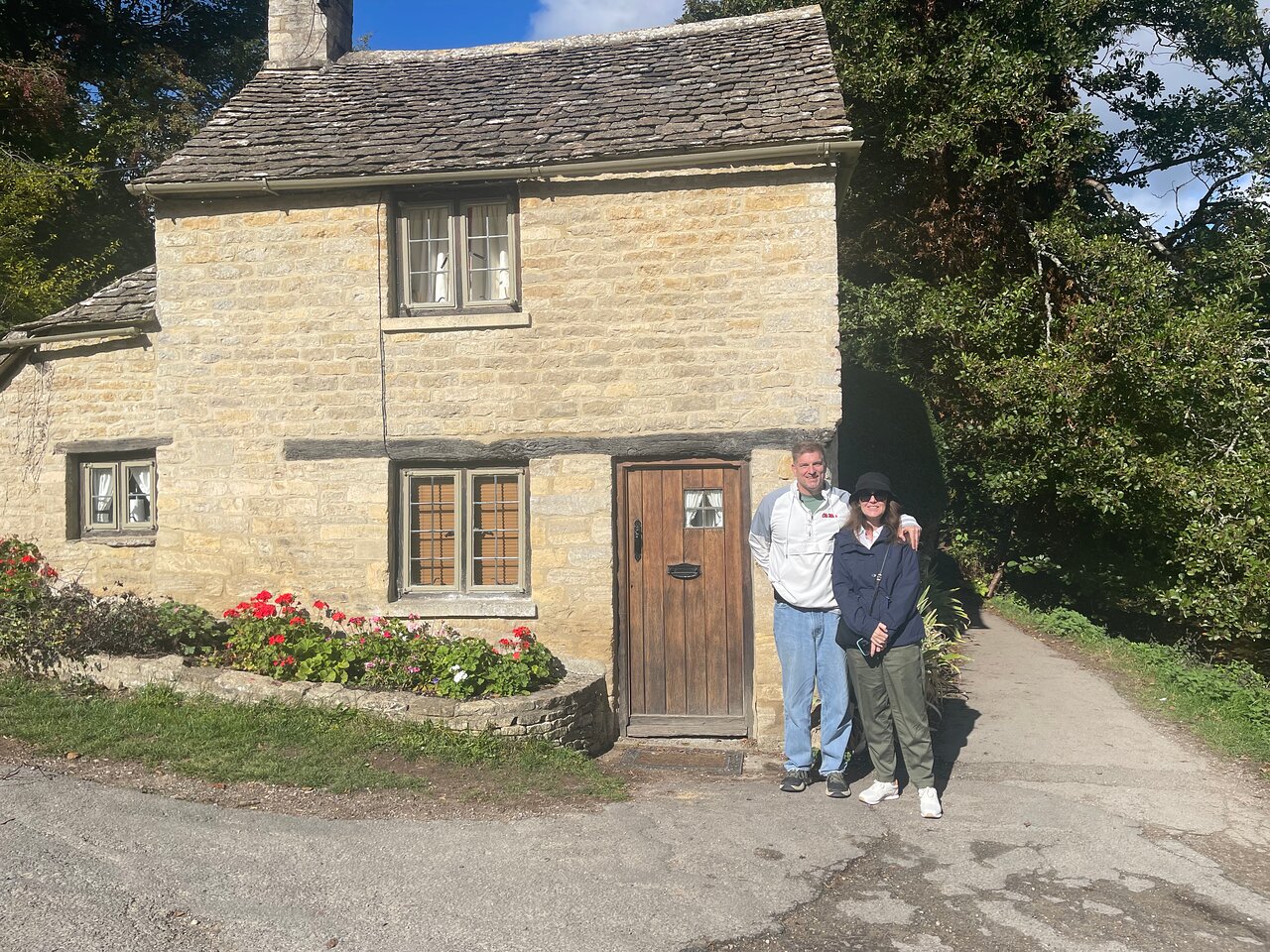 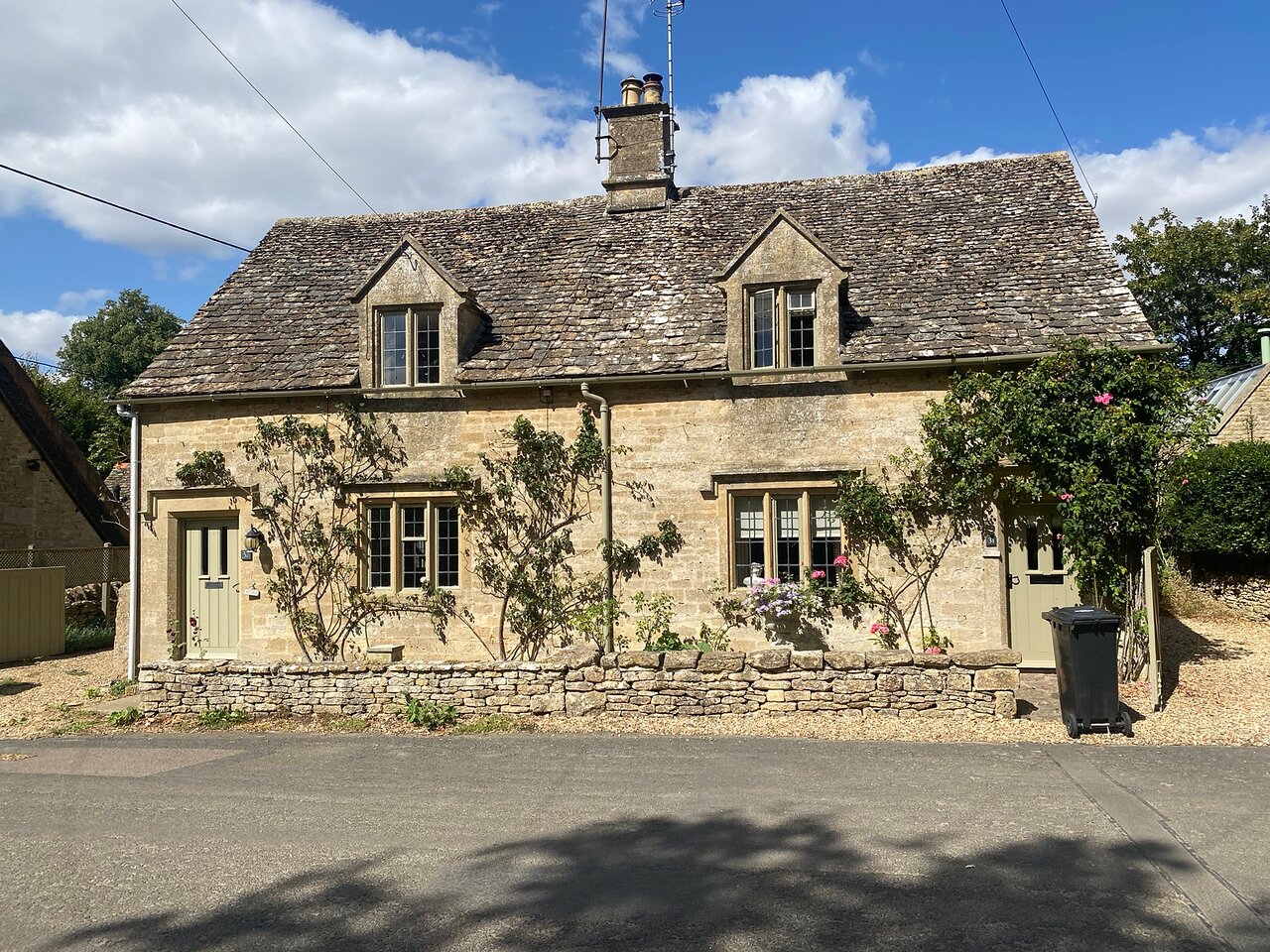 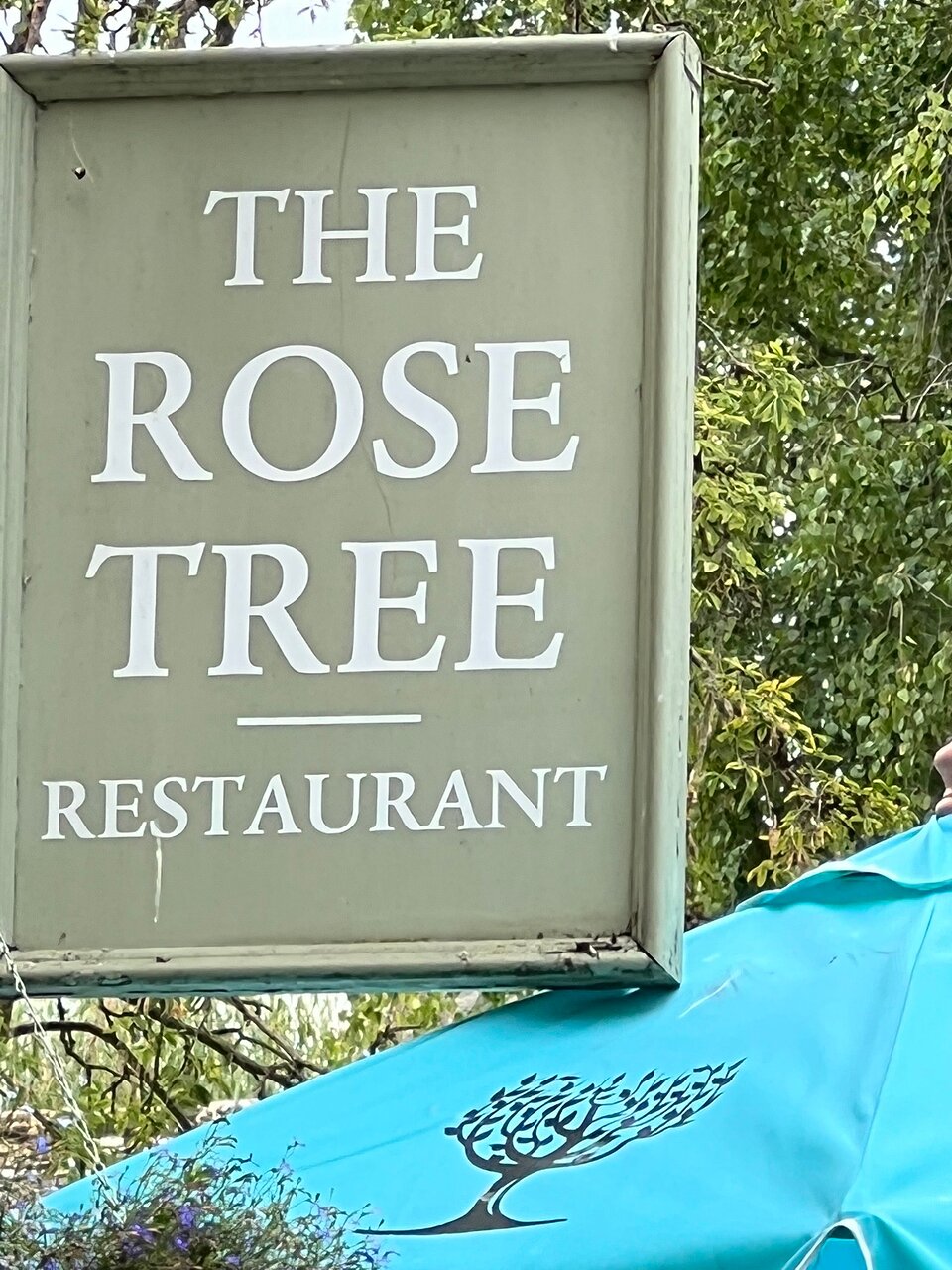 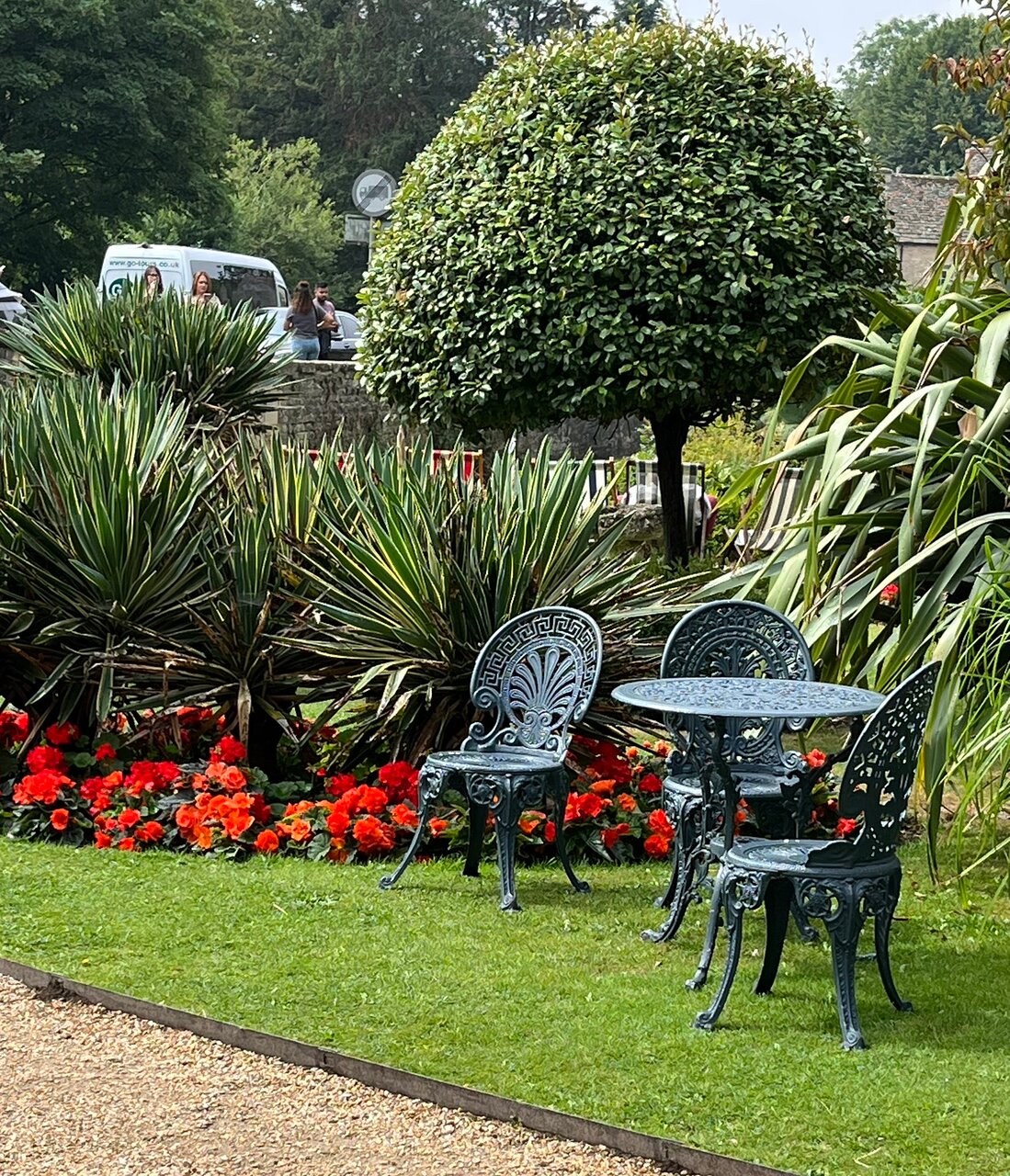 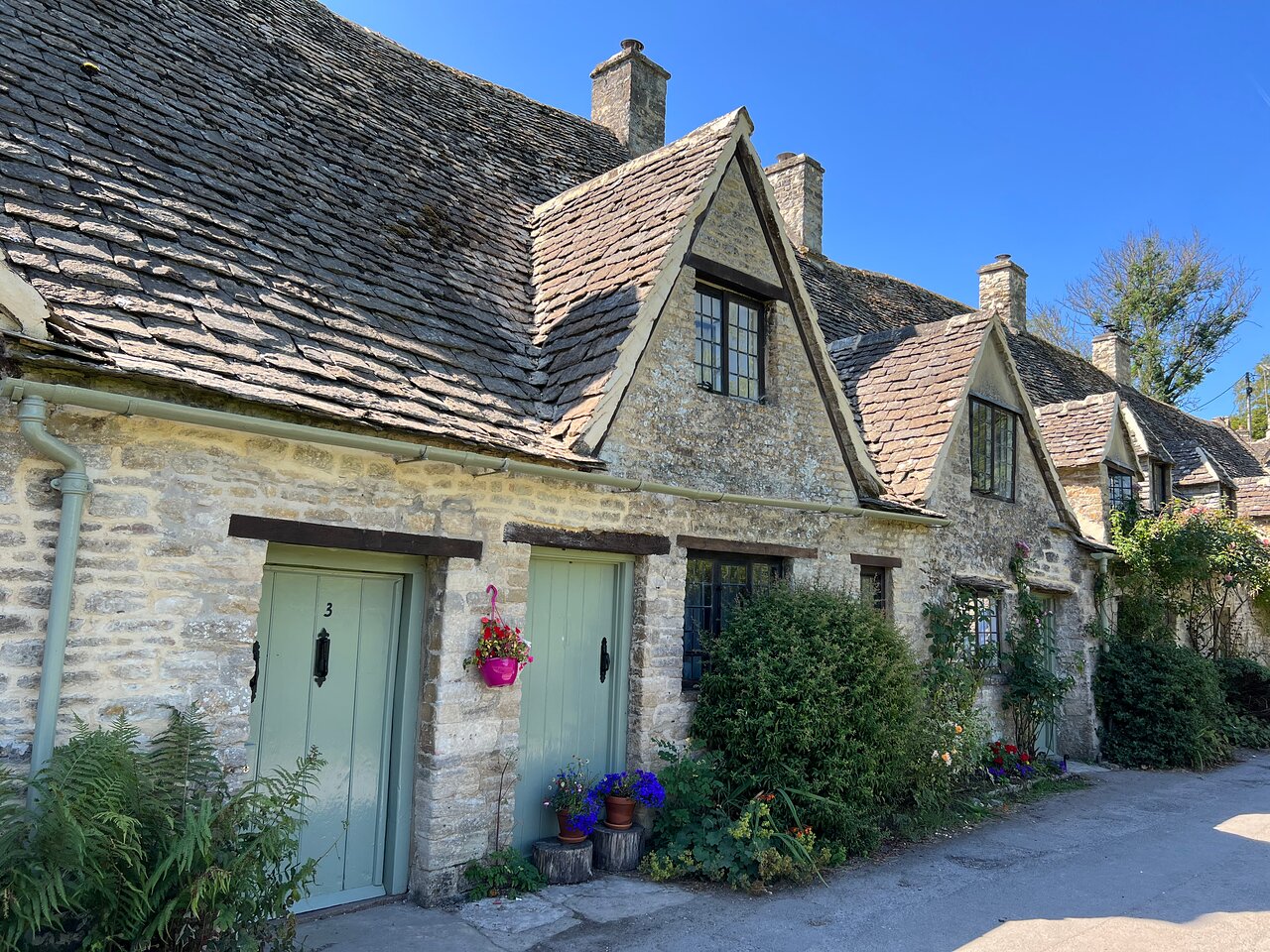 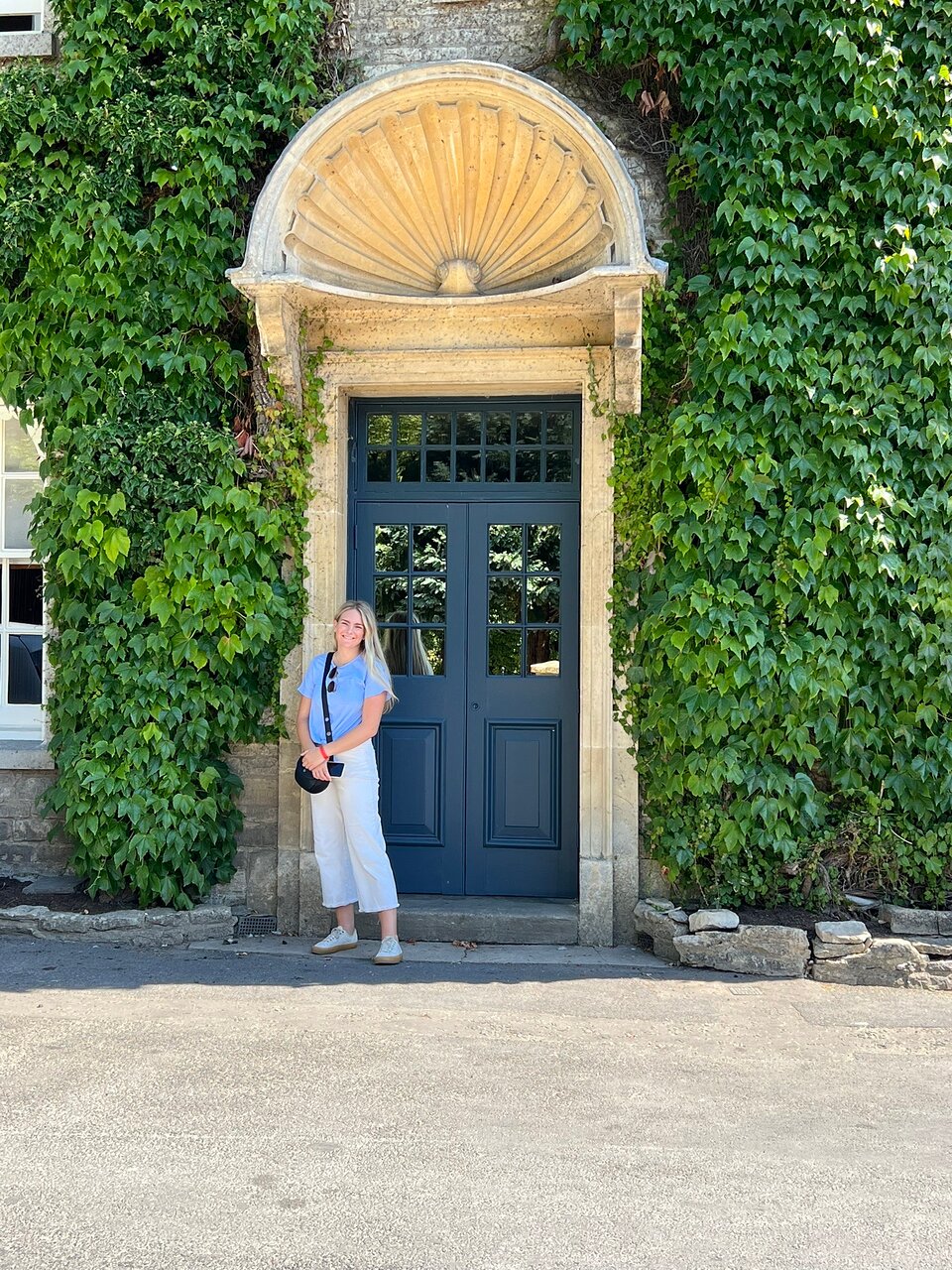 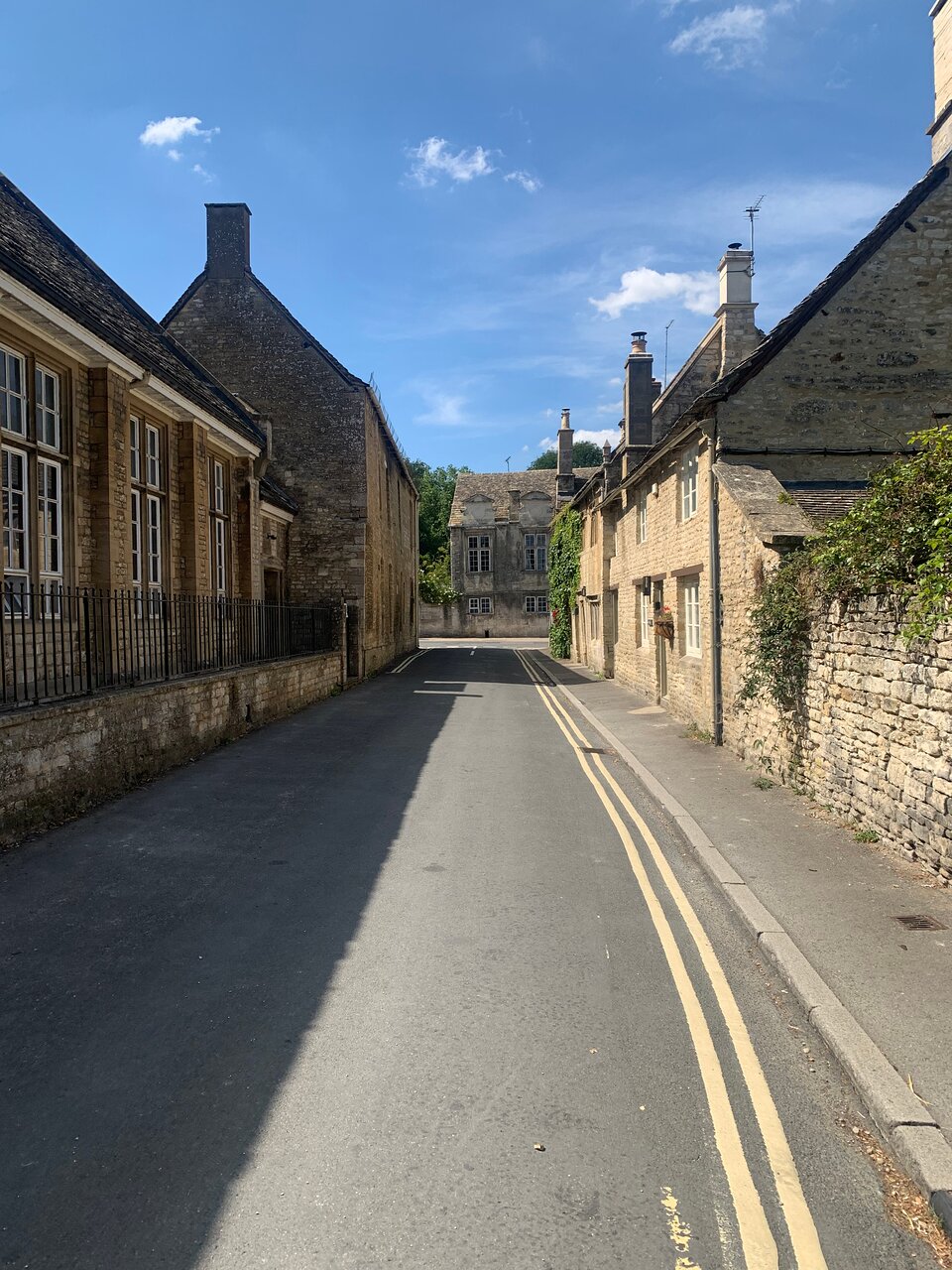 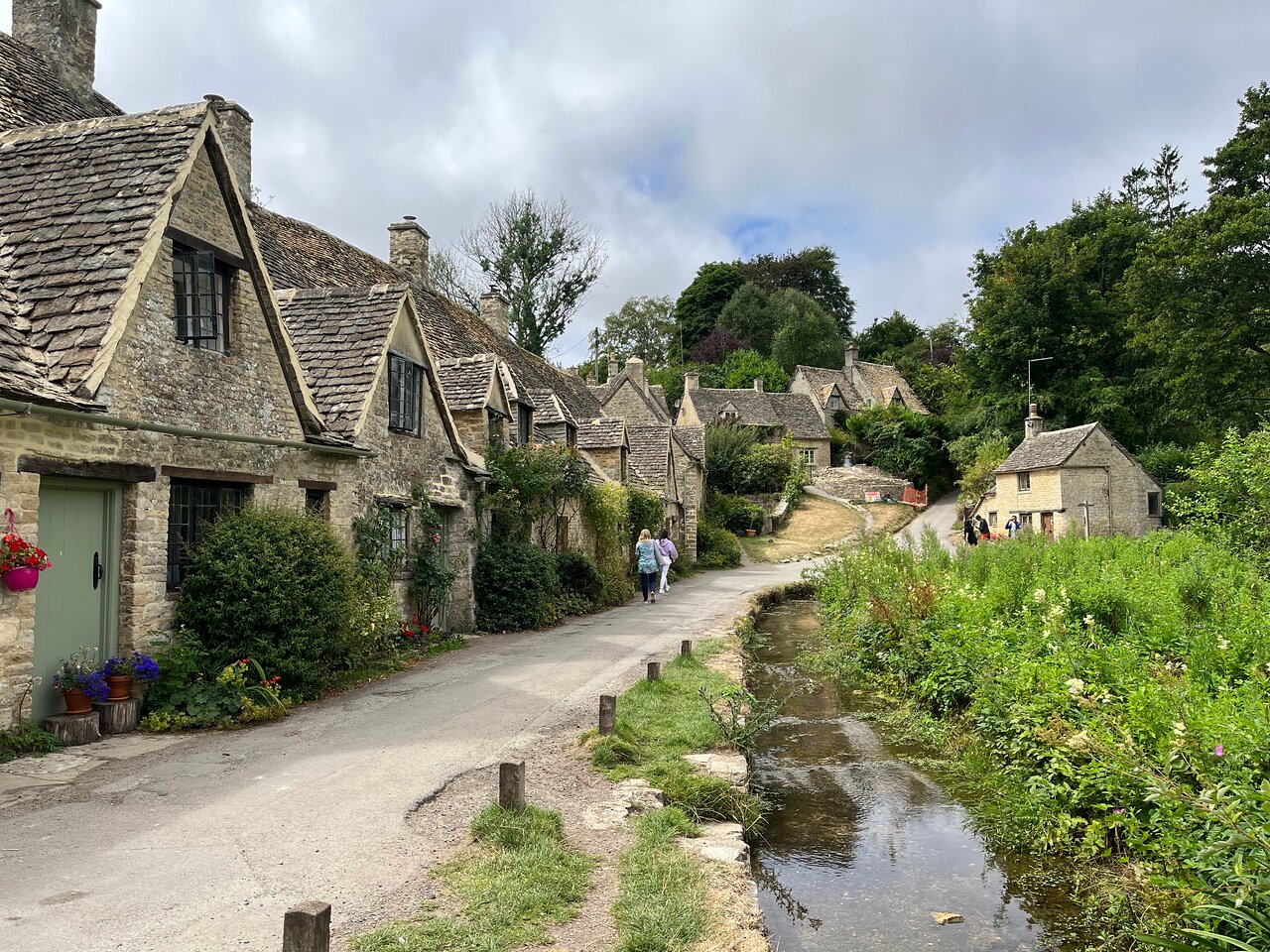 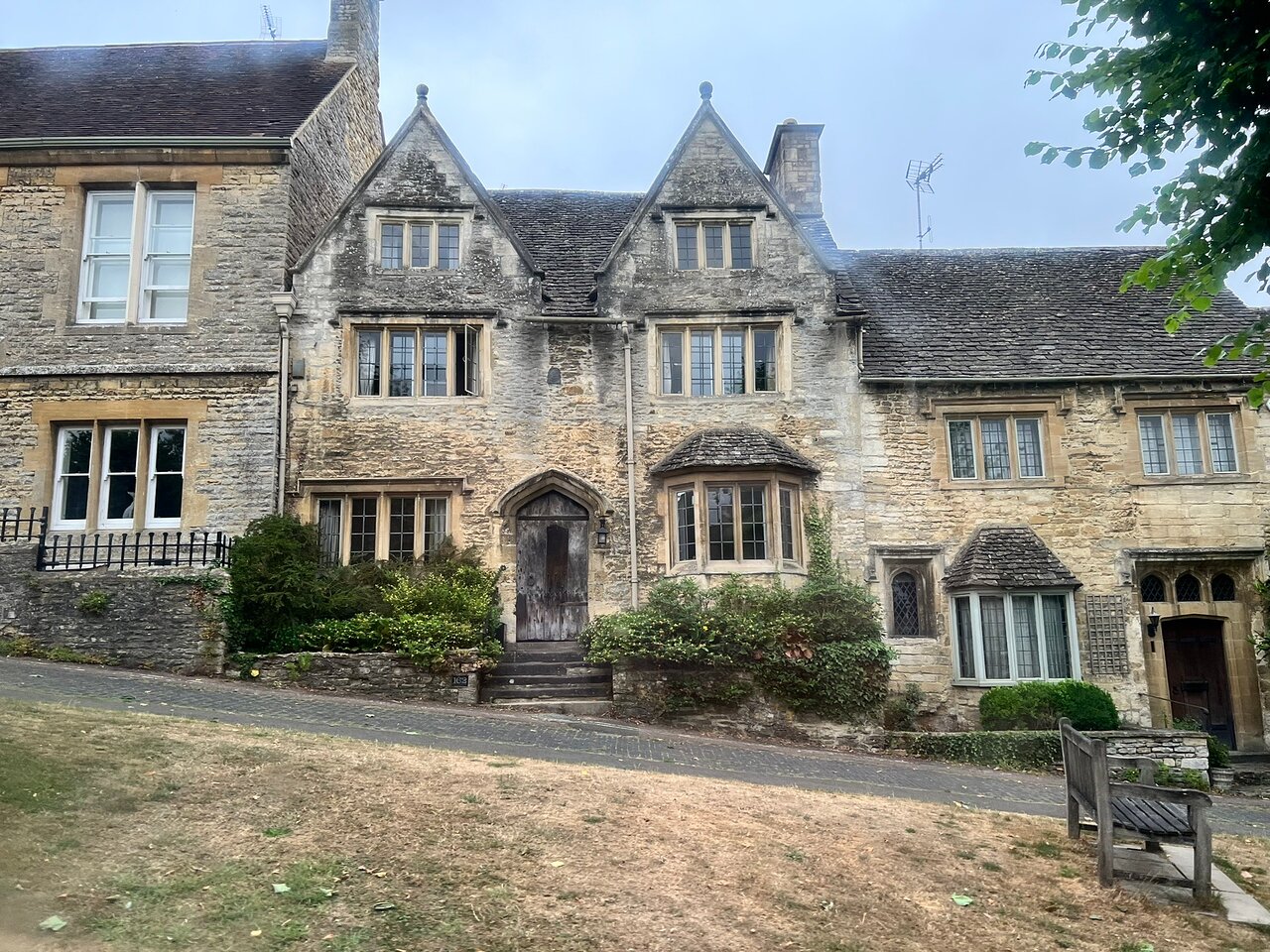 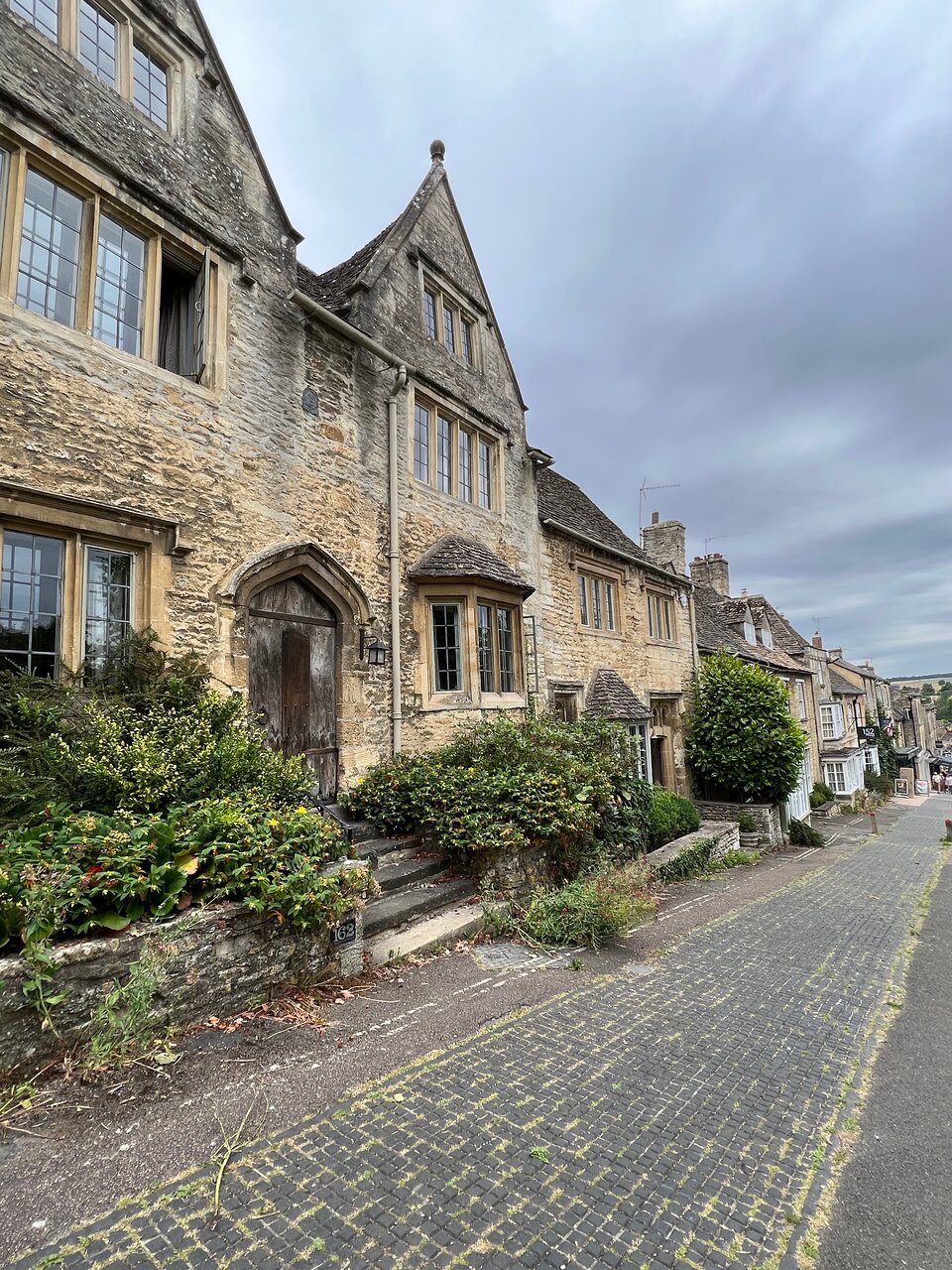 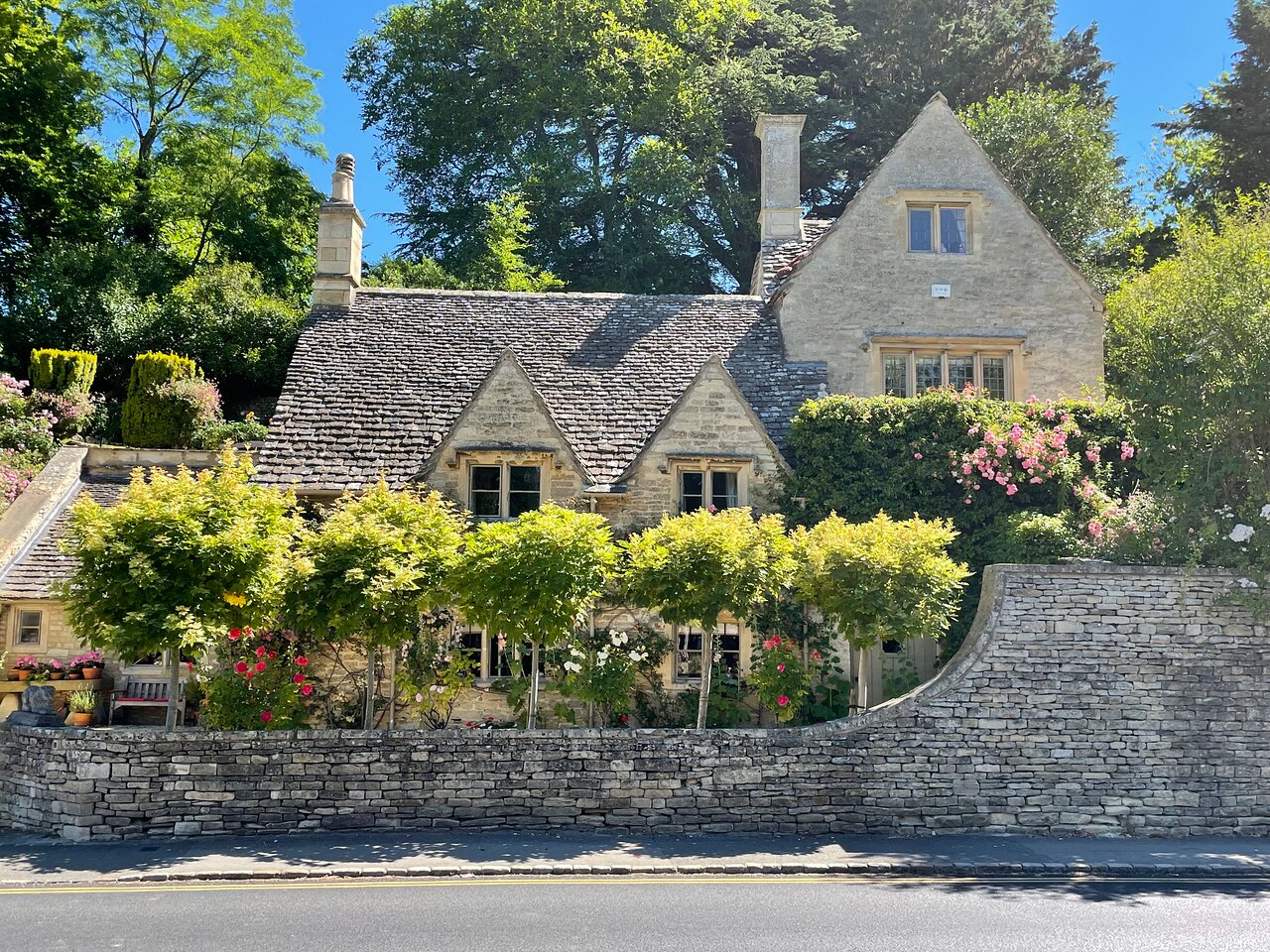