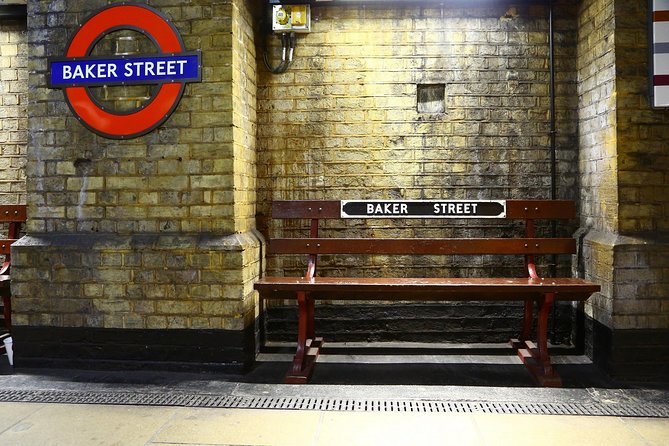 On this fantastic walking tour you'll join our expert guide for a tour of the world's oldest underground system. Learn all about the history of the 'Tube' as you travel through history from one of London's earliest, original stations to its newest and most futuristic. Hear how the networks was built and the variety of roles it has filled in its long history. Fans of trivia and fun facts will also hear some interesting facts along the way.

INR 1,795
p.p. onwards
Itinerary
This is a typical itinerary for this product

The tour begins at the historic Baker Street Station, one of the original stops on the Metropolitan Railway, the world's first underground railway.

Oxford Circus Station - Construction began in 1962 on the initial Walthamstow to Victoria section, where cross-platform interchange were to be provided at Oxford Circus. The Victoria line platforms opened on 7 March 1969. The station opened as part of a second extension from Warren Street to Victoria.

Green Park, Down Street Station - It was opened in 1907 by the Great Northern, Piccadilly and Brompton Railway. It was latterly served by the Piccadilly line and was situated between Dover Street (now named Green Park) and Hyde Park Corner stations. ... Its lack of patronage coupled with its proximity to other stations resulted in its closure in 1932.

Embankment Station - History of Embankment Embankment runs from the City of Westminster right up to the City of London along the north bank of the River Thames, and was originally developed in the 19th Century to reclaim marshy land from the river banks.

The station was opened as Westminster Bridge on 24 December 1868 by the steam-operated District Railway (DR) (now the District line) when the railway opened the first section of its line from South Kensington. ... Access to the station was via a passageway from Bridge Street and a pedestrian subway under the road.

star star star star star
Our guide Angela took us on an interesting tour through the history of London underground. We now look at the stations and the ornaments in a new way. Beautiful! And, Angela, we went to see the Arnos Grove station before going home. Thank you so much!

star star
This is our very personal experience of the tour and for us if didnt live up to our expectations of Secrets of the London Underground. This was more a tour talking about the history of the underground, for which our guide Peter was very knowledgeable. We perhaps incorrectly expected secrets to mean visiting parts of the underground not normally seen by the general public and when our guide started the tour with the statement that we would not be doing just that we were disappointed. For those with no knowledge of the underground or its history this would be the tour to consider.
Previous Next
keyboard_arrow_up