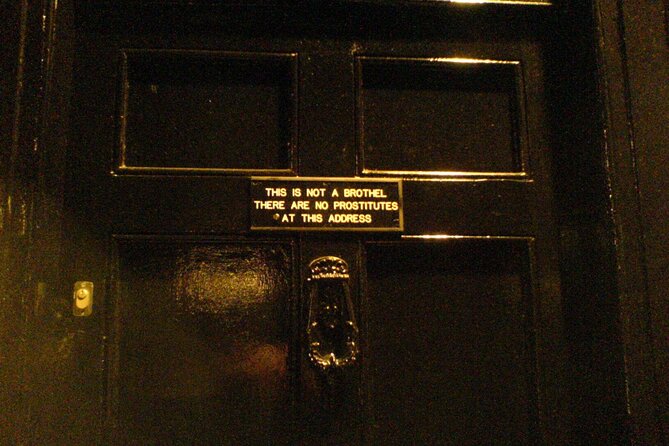 Three and a half hour food and history tour through Soho

Gilly Da Silva, a Soho local, started Saucy Soho Experiences to provide unique tours. For the purpose of guiding the excursion, she draws on her knowledge, experiences, and stories about Soho. Gilly had been a cocktail server in a private club in Soho back in 1989 when it was still known as London's hedonistic red light district. She was also a part of the Soho Food Feast team and managed it. The trip has been designed to allow you to sample some of the classic foods of Britain, with snarky nuggets of Soho's past thrown along the way. For birthday parties and hen, stag, and stag dos, we also provide tours.

Three and a half hour food and history tour through Soho 10:30

Three and a half hour food and history tour through Soho 15:30

INR 10,149
p.p. onwards
Itinerary
This is a typical itinerary for this product

We meet at Piccadilly Circus before we move into Soho.

Point out where the old clip joints used to be and talk about the their demise and how some have now reinvented themselves.

We stop for a bite to eat in one of Londons oldest greasy spoons to try a typical British bite to eat stopping cutting through some seedy streets with active walk ups.

Walk through Berwick street market to heading towards the John Snow pub. Point out where the album Whats The Story Morning Glory cover was taken.

Stop off at the John Snow water pump.

We walk back to Berwick Street to stop for a bite to eat.

Where many rock stars including John Lennon, Rolling Stones and David Bowie recorded. Then we stop off at David Bowies favourite pub for a beer.

Grab a bite to eat whilst talking through where Karl Marx used to live and point out some location point where the movie Last Night in Soho was filmed.

Stop off at the bun house before heading into China Town to try out a typical Chinese dish and point out some interesting points, before walking back into Soho.

We walk to the lower end of Wardour Street where to where David Bowie filmed his Blue Jean video and walk back into Soho to try an old British classic dish Fish & Chips.

We stop at the top end of Old Compton Street grab some fish and chips and point out some interesting historical facts.

We cut through into Rupert Street through and alley that was once full of clip joints and pornography cinemas.

Stop off at one of the oldest sex shops for a peak inside before making our way back to Piccadilly Circus stopping for a last minute bite along the way.

Back to meeting point.