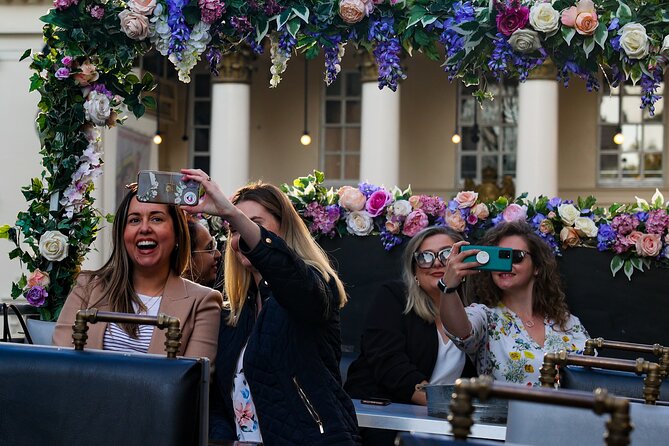 The most original rooftop bar in London is opening its doors for a third year this summer. If you’re looking for fun rooftop bars in London, then this is the perfect way to begin your evening. Our London Bar Bus has a roof terrace like no other as you take in London’s magnificent sights while relaxing with a few drinks. Whether you’re planning a date, night out with friends, or looking for something different to do with visitors, our double decker bar bus is the perfect place to chill out and spend time together whilst cruising around London. With stunning views and an instagrammable floral décor and drinks, this is your chance to rediscover London like never before. Hop onboard London’s first bar bus for a truly original way to see the city.

INR 2,529
p.p. onwards
Itinerary
This is a typical itinerary for this product

Take a flight in the centre of London on the world’s largest cantilevered observation wheel and soar 135m above the city. Right in the heart of the city, you get closer views of London’s most spectacular landmarks from Big Ben to The Houses of Parliament and even Windsor Castle on a clear day!

Within the ancient Fortress, the Tower of London, visitors can gaze up at the imposing White Tower, tiptoe through a king’s medieval bedchamber and marvel at the priceless Crown Jewels.
Hear bloody tales of the Tower told by the Yeoman Warders; stand where famous heads rolled and discover where prisoners and exotic animals including a polar bear were kept.

The Houses of Parliament and Elizabeth Tower, commonly called Big Ben, are among London's most iconic landmarks and must-see London attractions.

St. Paul's Cathedral serves as the Anglican Episcopal see in London and thus has figured prominently in many major cultural and religious events, from the funerals of Lord Nelson and Winston Churchill to the marriage of Prince Charles and Diana Spencer.

star star star star star
From start to finish we had a wonderful experience on the bar bus. Wasn’t sure if it would be worth the money but it absolutely was - we turned up a little early and we’re allowed to board, settle, take some photos and order drinks. The tour was on diversion but we still managed to see a lot of London and staff were on hand to help captured photos at key landmarks as we drove past. Something very special about the sunset changing as you drive around and seeing London all lit up as you drive by. Imagine this would be extra magical at Christmas. Also there’s a toilet on board!

star
Long waits and not enough busses. Our driver was rude and snapped at my children for singing. She also didn't allow passengers on when there was space on the deck.

star
May 27, 2022 @ 5:30pm : the person who sold the tickets told us it’s 24 hours bus, when we got on the bus at 5:30pm we were told that was the last one, so we weren’t able to take the water cruise which we already paid for. It’s a total waste of time and money. I wouldn’t recommend this for anyone. You could take the city bus or train to go a round the city for much much cheaper cost. Plus they don’t have many stations in the city compared to other companies. We had to walk for a long distance if we wanted to hop on the next bus. Please save your time and money. Take the city transportation

star star star star star
Excellent tour as part of a works team event. Just the right level of information to learn new stuff but without making it feel like an educational school trip. Our guide was fantastic (sorry don't remember his name, but attached a pic) and was more than happy to tailor some of his commentary when we told him we had quite a few american colleagues onboard. Highly recommend!

star star star star star
We had the most fabulous tour as part of a work event in London. The staff were so helpful and friendly, the guide gave the perfect balance of information and music and I could not recommend this experience enough for a work or social occasion. Even having lived and worked in London, i learnt plenty of new facts!

star star star star star
Beautiful bus, great drinks and set up in a way that makes conversation between 4 friends perfect. The bus hits the most beautifu; spots in London for great views and iconic selfies.

star star star star star
Luke was very professional and wonderful on our bus tour. He took us to the main sites and answered any questions we had. He also took some photos for us at all the beautiful sites. Highly recommended. 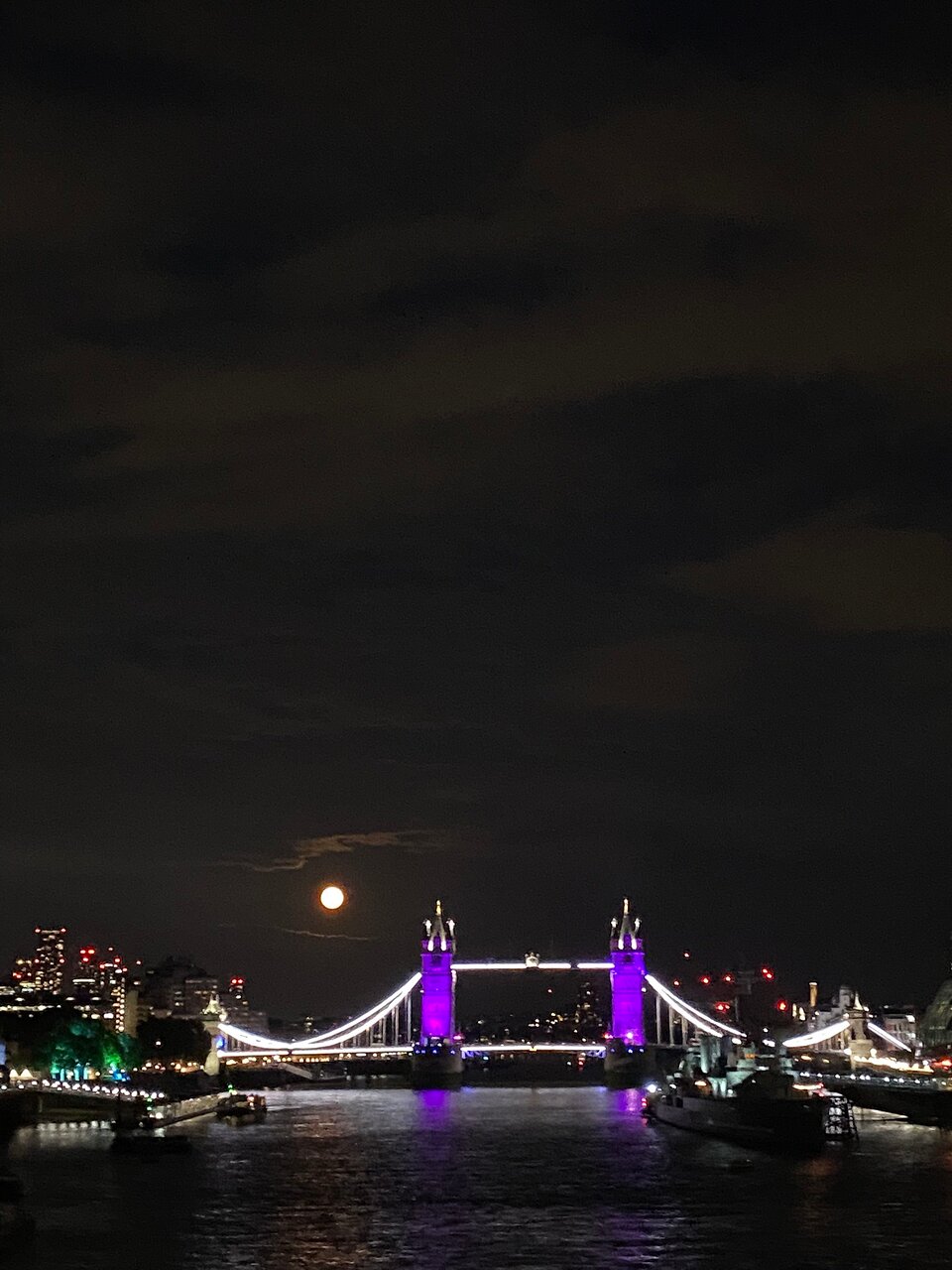 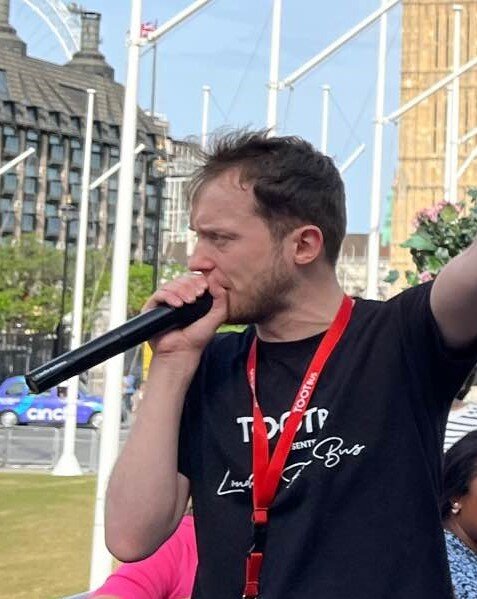