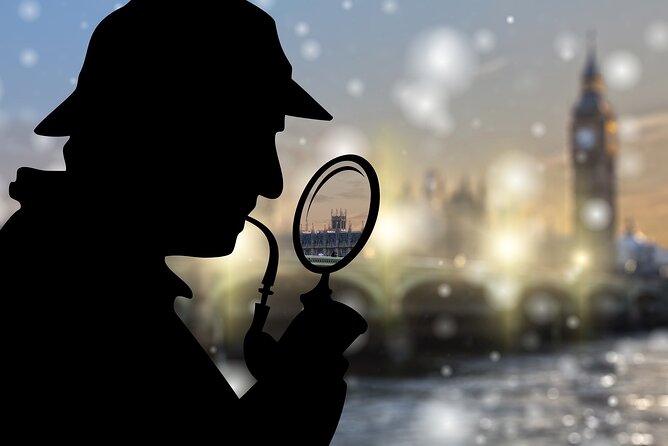 In this themed tour, you will visit the prominent places shown in the recent remakes of the legendary detective: the BBC TV series, written by Steven Moffat, and the two famous Sherlock Holmes films starring Robert Downey Jr.

For your ease, the locations are divided into groups. Within each group we will be travelling on foot, and will use the tube or bus to commute in-between groups. It is recommended that you have your Oyster Card or similar Public Transport pass with you for this tour.

The mobile app helps you explore the London of Sherlock with a private audio tour (included). All you need is a mobile phone. Download tours in advance to listen without WiFi.

The audio guide on the mobile app is the best way to enjoy the tour at your own pace. The WeGoTrip app is available on the App Store and Google Play and works offline.

INR 734
p.p. onwards
Itinerary
This is a typical itinerary for this product

Visit the Sherlock Holmes Museum at 221b Baker Street, where you can see the most authentic representation of the famous detective’s residence.

See the roof which Sherlock jumped from in BBC TV show

See the place where the famous trial of Jim Moriarty was conducted.

See the place where Moriarty broke into and accessed the Crown Jewels.

See the place with the big LED signs which are instantly recognizable from the opening credits montage of the Sherlock series on BBC and was also featured in the third episode of the first series.

See a place was at the center of the plot in the first Sherlock movie starring Robert Downey Jr. and in the Empty Hearse episode of Sherlock’s third series on BBC.

This place was a central location featured in the second episode of the latest Sherlock series. Will you be able to identify it?