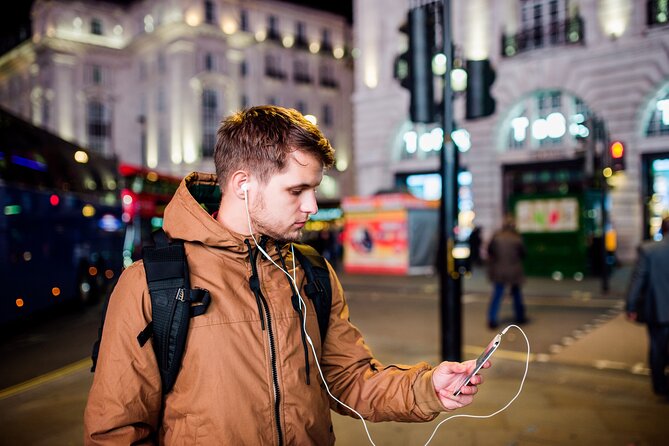 Follow the footsteps of the infamous maniac and try to reveal the mystery of Jack the Ripper. The background of victims and suspects, including surprising ones, is to be revealed during the walk.

The mobile app helps you explore a series of bloody murders of women committed by Jack the Ripper with a private audio tour (included). Download tours in advance to listen without WiFi.

The tour with an in-app audio guide is for the one who wants to plunge into the atmosphere of Victorian Age London and the life of East Enders, follow the bloody footsteps of the trickiest murderer that has never been found, get to know what famous people were suspected to be Jack the Ripper.

The audio guide on the mobile app is the best way to enjoy the tour at your own pace. WeGoTrip app is available on the App Store and Google Play and works offline.

Jack the Ripper is waiting for you! Catch him "when you can"!

INR 687
p.p. onwards
Itinerary
This is a typical itinerary for this product

Tour starts from the impressive Royal London Hospital Museum and lies along the bloody path of the "canonic five" murders of Jack the Ripper.

You will walk off the beaten tracks of the historical Whitechapel District through narrow lanes securing dark creepy stories.

Plunge into the melting pot of the lively arteries of Spitalfields and Aldgate areas.

On your way, you may pop over to the old pubs where Jack the Ripper targeted his victims.

Enjoy delicious food in Brick Lane where the best curry restaurants in London are concentrated.

Exploring the murder sites amidst rising skyscrapers such as Gherkin Tower, green gardens, and century-old churches, you will be amazed how the poorest and the ugliest part of London of the late Victorian Era changed within a century.

You may follow through the history of the Whitechapel murders in Jack the Ripper Museum where the tour ends.