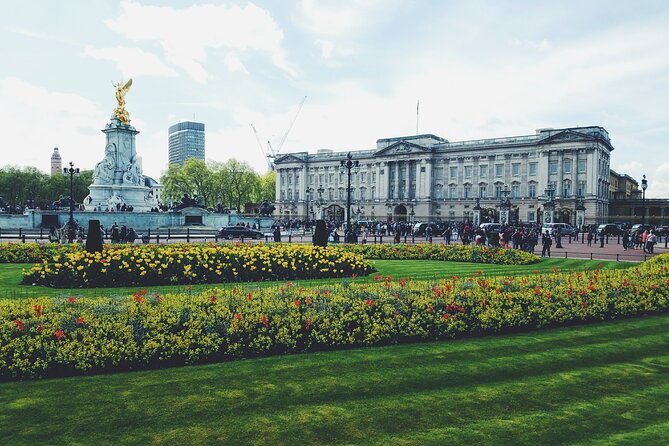 Discover literally thousands of years of royal history on a spectacular walking tour that includes a ticket to get inside Buckingham Palace, the Queen’s official London residence.

Houses of Parliament, Big Ben, Westminster Abbey, Whitehall, Horseguards Parade- the stones of the landmarks of Westminster tell tales of centuries of England’s royal dynasties from Saxon Kings to Virgin Queens and onwards to the longest-reigning monarch of all time - Queen Elizabeth II.

Come along on a small-group adventure with your expert English-speaking guide through over 1000 years of history. Capture the ultimate Westminster snapshots as you visit the most iconic telephone box in the city and the Queen’s Lifeguards who, on horseback, guard the entrances to the royal residences.

No tour of Royal Westminster would be complete without seeing a Royal Palace or two en route and on this tour? You’ll see three with the crowning jewel being the home of Queen Elizabeth herself- Buckingham Palace.

INR 4,683
p.p. onwards
Itinerary
This is a typical itinerary for this product

Welcome to Westminster. Marvel at Big Ben, a London icon and hear all about the centuries that took this majestic building from palace to centre of British democracy.
Visiting outside

With statues of icons from Mahatma Gandhi and Millicent Fawcett to Honest Abe, this square celebrates democracy in all its forms as you’ll find out.
Visiting outside

Dream of the last Anglo-Saxon king and a flagship of the Church of England, your guide will give you the lowdown on this most important of places.
Visiting outside

The prime spot to get your photo with the mounted cavalry of the Queen’s Horseguards and official entrance to Buckingham Palace itself.
Visiting outside

Built on the site of an old leper hospital, did you know that St James’s is the oldest royal palace in the whole of the UK? Take in this beauty, still the official royal residence today.
Visiting outside

No guides are allowed to talk within the walls of the palace but fear not, after setting the scene for this unforgettable visit with anecdotes and stories of their own, your expert guide will see you off into the palace for a self-guided audio tour to be enjoyed at your own pace.

Take up this invitation to get a rare glimpse into life at this nationally cherished palace as you tour the opulent State Rooms and marvel at gifts from Heads of State, spectacular furnishings and artworks, all brought to life by the official Palace Audio Tour. Don’t forget to stop by the 16-hectare Palace Gardens where the Queen holds her world-famous tea parties. With the palace being open to the public for just two months a year in August & September, tickets are always in high demand for this unforgettable experience
Self-guided audio tour.

star star star star star
Fantastic experience with Francis! You will not regret spending time with him. Great fun, deep knowledge, incredibly entertaining and soo charming. We highly recommend him and this tour.

star star star star star
It was one of the best tours we took in London! Our guide was simply outstanding and we all enjoyed our small group walking tour of Westminster. Visit to Buckingham Palace is a must when it's open! Good self guided tour inside. Highly recommended!