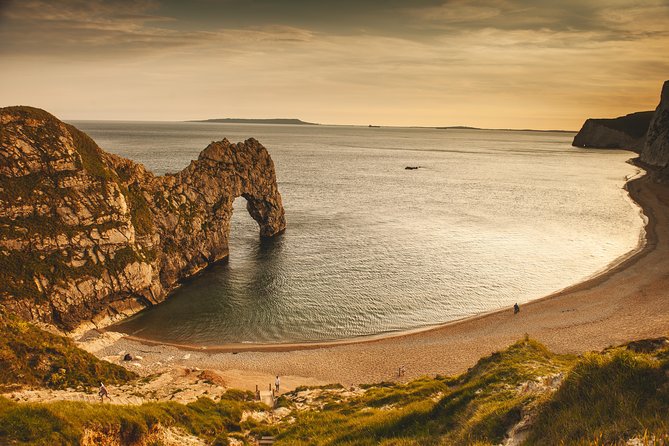 *From 1 April 2023, Stonehenge entrance ticket included in the tour price. Before 1 April 2023 this visit is optional and tickets can be purchased on tour.

Explore southwest England in three wonderful days on this small-group tour from London. See the mystic stone circle of Stonehenge and discover the historic city of Exeter, where you will stay two nights. Also visit Glastonbury with the impressive Tor, and end your small-group tour in the Georgian city of Bath. In a group of less than 16 people, you are sure to enjoy a personalized and valuable experience with your guide.

Stop At: Stonehenge, Salisbury SP4 7DE England
*From 1 April 2023 entry to Stonehenge is included in the tour price. Before 1 April 2023 visit is optional and ticket can be purchased on tour.

Stand in awe at this iconic Neolithic stone structure. These stunning stone circles give you a glimpse into the spirituality of the past, and offer an experience you’re sure to remember.
Duration: 2 hours

Stop At: Lulworth Cove and Durdle Door, West Lulworth England
We travel along the coast to the Durdle Door, a beautiful natural limestone arch that juts into the ocean. Take your time exploring the coast before heading to the historic city of Exeter.
Duration: 1 hour 15 minutes

You stay in Exeter for the next two nights.
Duration: 1 hour

No meals included on this day.
Accommodation included: Overnight in Exeter.

Stop At: Exeter Cathedral, The Cloisters, Exeter EX1 1HS England
Stroll through this ancient Roman city, from the heights of its marvellous gothic cathedral to the depths of its winding underground water passages.
Duration: 1 hour

Stop At: Tavistock, Tavistock, Dartmoor National Park, Devon, England
The birthplace of Sir Francis Drake, this ancient ‘stannery’ town boasts both a religious and mining heritage together and a market full of excellent local produce and wares.
Duration: 1 hour 30 minutes

Stop At: Bath, Bath, Somerset, England
You make your way to Bath in time for lunch (at your own expense) and a relaxed afternoon. Recharge in one of the many restaurants, tea shops, or pubs before embarking on your exploration of this fascinating city’s heritage. Marvel at the monumental scale of the Georgian architecture, the medieval Abbey cathedral, and the temple and bath at the heart of the Roman Baths complex.

You return to London in the evening.
Duration: 2 hours

star star star star star
What a great experience meeting other travelers and being shown around by tour guide Rob. Great info on Stonehenge, Glastonbury, Bath and everything in between. Definitely get to know the others on the tour and take advantage of every stop and experience.

star star star star star
Great experience! The sights were great photo opportunities and when we were on the roads, tour guide John was extremely entertaining and very knowledgeable. Not to mention very very friendly and hilarious! In my 3 days, I’ve seen more beautiful sights England has to offer than my friends who have spent 2-3 years here, so join a rabbies tour for a journey you would otherwise never experience!

star star star star
Our tour guide John was very helpful, attentive and has a great sense of humour. Overall the tour was great, allowing us to enjoy the beautiful scenery as well as some historic elements. However, the time allocated for each stop could be longer so we could enjoy the places we've visited more fully.

star star star star star
The 3- day Stonehenge, Glastonbury, Bath & South West Coast tour that my daughter and I took this August ,lead by Christo McCracken, far exceeded our expectations. The tour gave us the opportunity to learn about England's incredible history and experience the beauty of its stunning countryside. Particularly impressive were the misty moors of Dartmoor Nat't Park, ablaze with heather, colorful meadow flowers and wild ponies, not to mention lots of sheep and goats! We had ample time to take pictures of Roman fortifications, medieval bridges, and even visit a 900 yr. old covered market place, still in full operation today. Christo's commentaries were knowledgeable on subjects such as local myths and legends of King Arthur, the mysterious pixies of the moors, and even the stone monoliths of Avebury. The accommodations, organized by Rabbies, were clean and comfortable. Plenty of time was allotted for individual exploration and during transit. Our guide answered any questions we had and provided musical entertainment that helped to make the miles fly by. I would highly recommend Rabbie's Tours to anyone looking for an enjoyable way to visit many sites and locations in the United Kingdom.

star star star star star
Living in London, without a car can be expensive. We currently do not own a car and rely on public transport for our day to day. This makes getting out of London very difficult. Having a tour starting from London right on our doorstep, was hugely appealing to us. We live in a time of having so much choice at our fingertips, which can make it hard to pick a tour company to travel with. Having been on a 3-day tour with Rabbie's we WERE certain we had picked the best possible tour company there is. Having a smaller coach made such a difference to our comfort which is essential. Not only were we comfortable the whole time but our guide Dean was fantastic. Having someone answer every single question we had was refreshing and made the time in the car fly by. Walking away from our tour, we felt like we have learnt so much more about our country, which is what we set out to achieve. Now we know about Rabbie's tour and the quality of their trips, we are looking at exploring more of the UK. Rabbie's also offer tours in Scotland, Wales and Ireland. What better way to explore our own backyard, with a company we trust fully.

star star star star star
My wife and I typically like to rent a car and venture into foreign countries. We stayed in the UK for a total of 8 days where 3 of the days we decided to book a 3 day tour with Rabbie's. John Gannon was our guide and driver. Not only entertaining but also upbeat and prompt. John was very knowledgeable about the history of the places we toured as well as where to grab a good meal and a pint. We visited Stonehenge, Durdle Door/Lulworth Cove, Exeter, Dartmoor, Tavistock, Glastonbury and Bath. Although we covered lots of ground and places over the 3 days, it did not seemed too rushed. Pretty evenly paced. London is wonderful to visit. But you must find time to visit the beautiful countryside. UK is very rich in history!

star star star star star
We just returned from our three day trip to the English countryside. John was our excellent driver, historian, story teller and just a delight to spend time with. We enjoyed each stop, took many pictures, and learned a great deal. Thanks John and thanks Rabbie's. We are looking forward to our next trip!

star star star star star
Did the 3-Day Stonehenge, Glastonbury, Bath & the South West Coast Tour. I must say this is a 5-Star flawless trip made possible by our guide - Christo. Very pleasant, knowledgeable and sincere guide to be around. My mom and I enjoyed his commentary. He made the best possible schedule for us to walk through all the sites with alot of tips and recommendations. The highlights for me were actually the South West Coast and Dartmoor and the smaller towns we stopped in. I will strongly recommend Rabbie's and Christo to anyone looking for a quality experience.

star star star star star
Off-season, I was the only customer and Rabbie's guides Russ and June quickly learned my interests, including music and punning humor, and incorporated that into the trip. At some locations you have to make a choice - do I visit Glastonbury Abbey or climb the tor, but it's your choice and there is time for either but not both. The choice of hotel was very good - the hotel provides a good breakfast and you can buy a good supper as well. My room was fine but guide June got a very small room.

star star star star star
I’m back from this tour a week now and I can’t stop thinking about how wonderful everything was. Our guide, Peter, was superb even though it was his first tour of this area. My fellow travellers were just the right mix of friendly and chatty, yet I had plenty of the me-time I came for. The sights were all wonderful despite the weather at times. And the Telstar Hotel in Exeter was a great spot to stay. My favourite stop was at Durdle Door, an outstanding place of natural beauty. But everywhere was interesting and Peter’s commentary informative - Dartmoor, Glastonbury, Bath etc. Rabbie’s is clearly a very professional outfit and I can’t wait for another opportunity to take one of their other trips. Wish I could do it all over again! 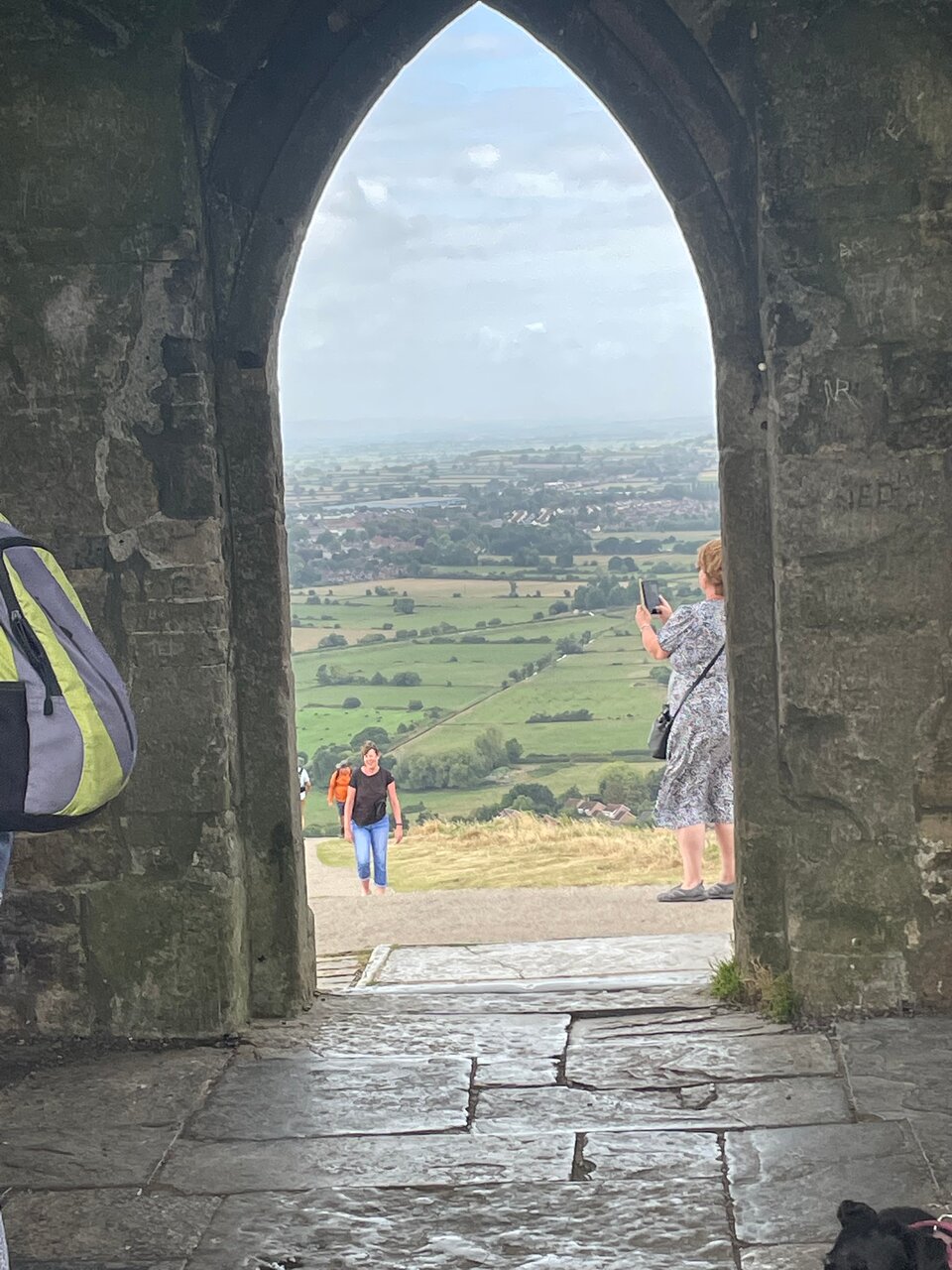 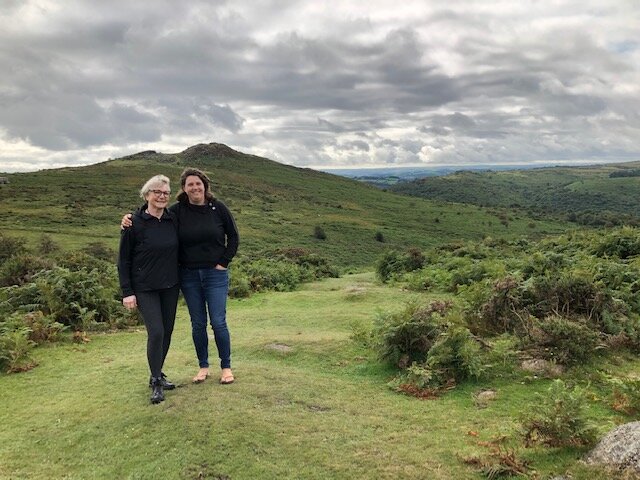 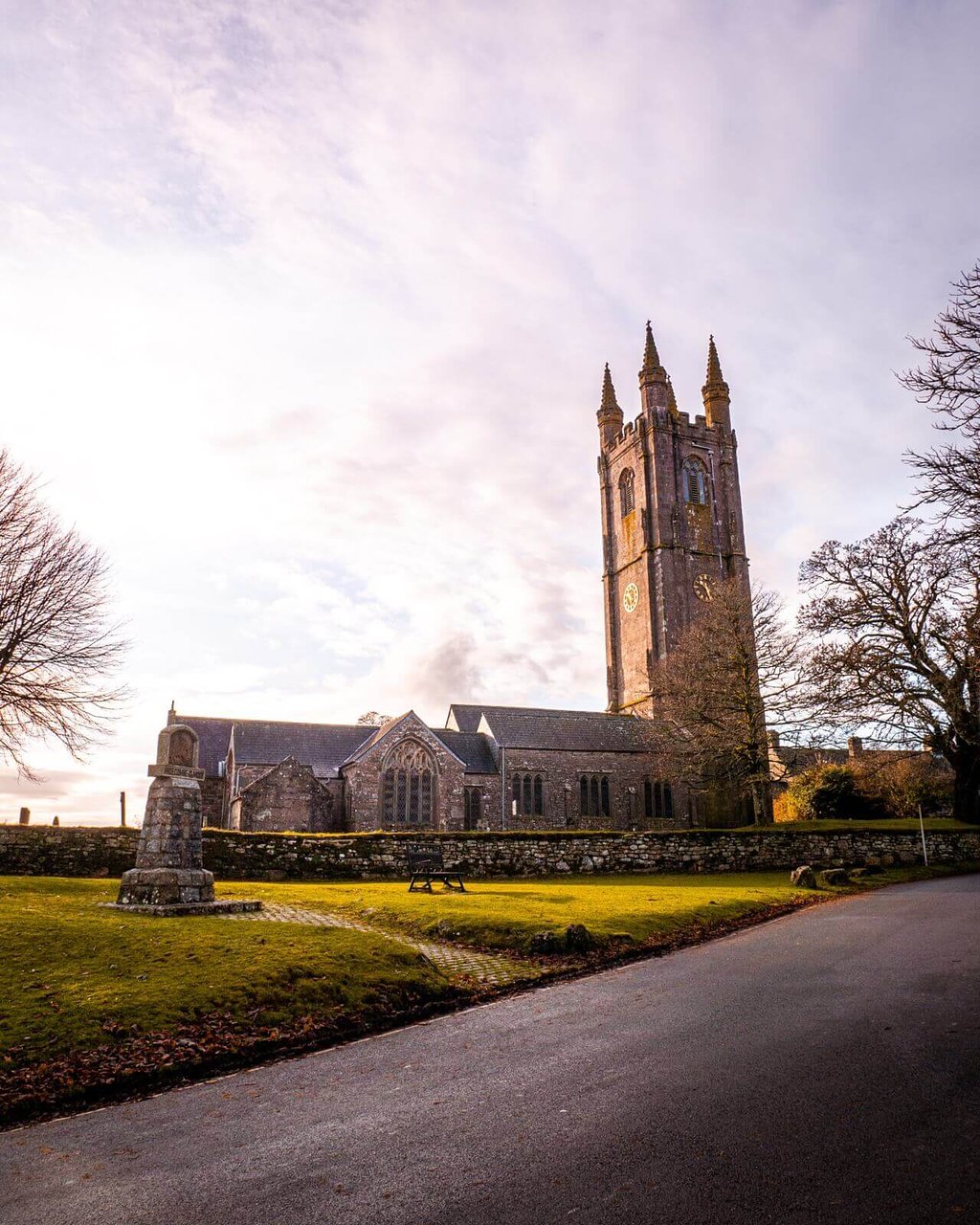 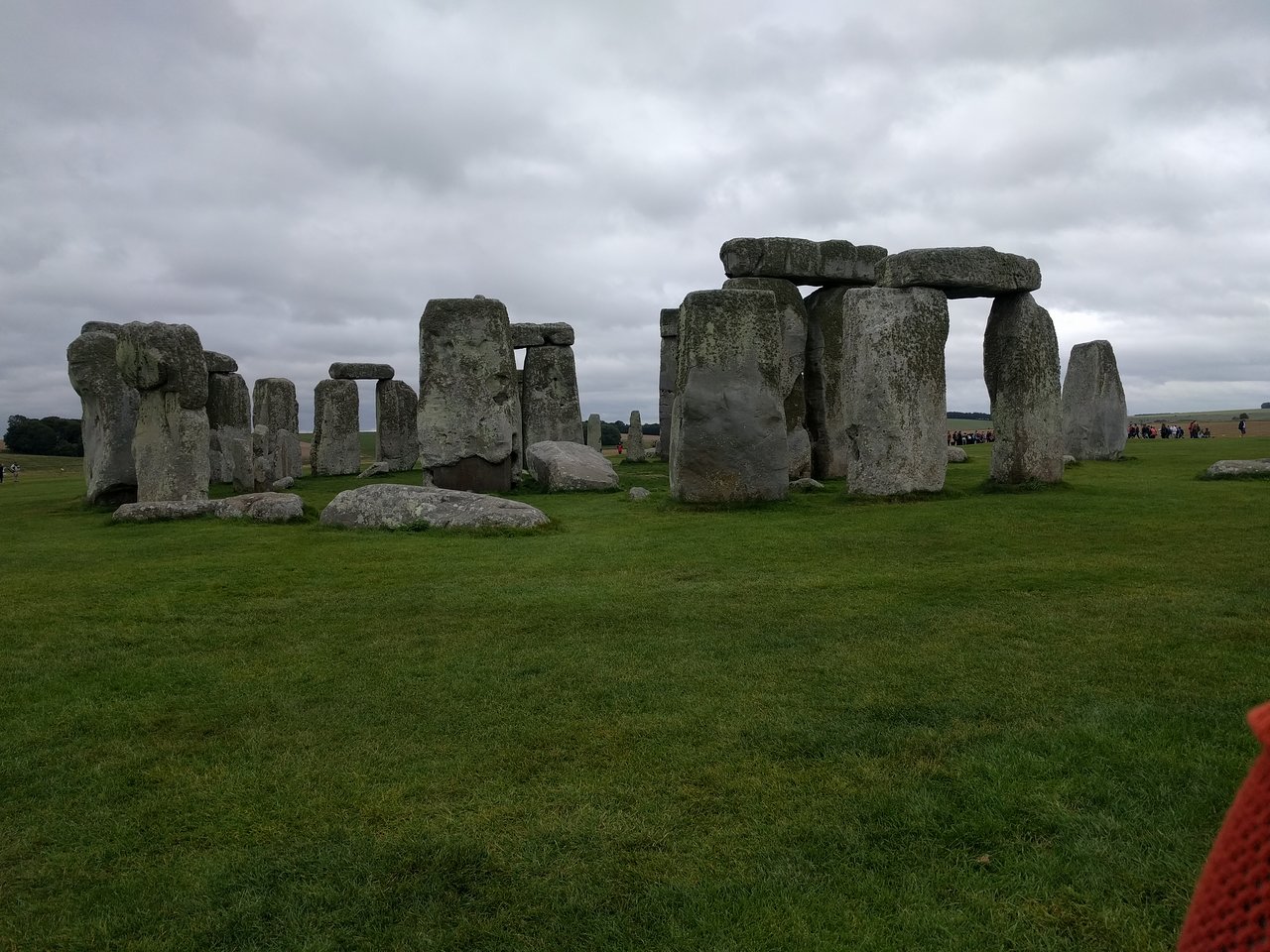 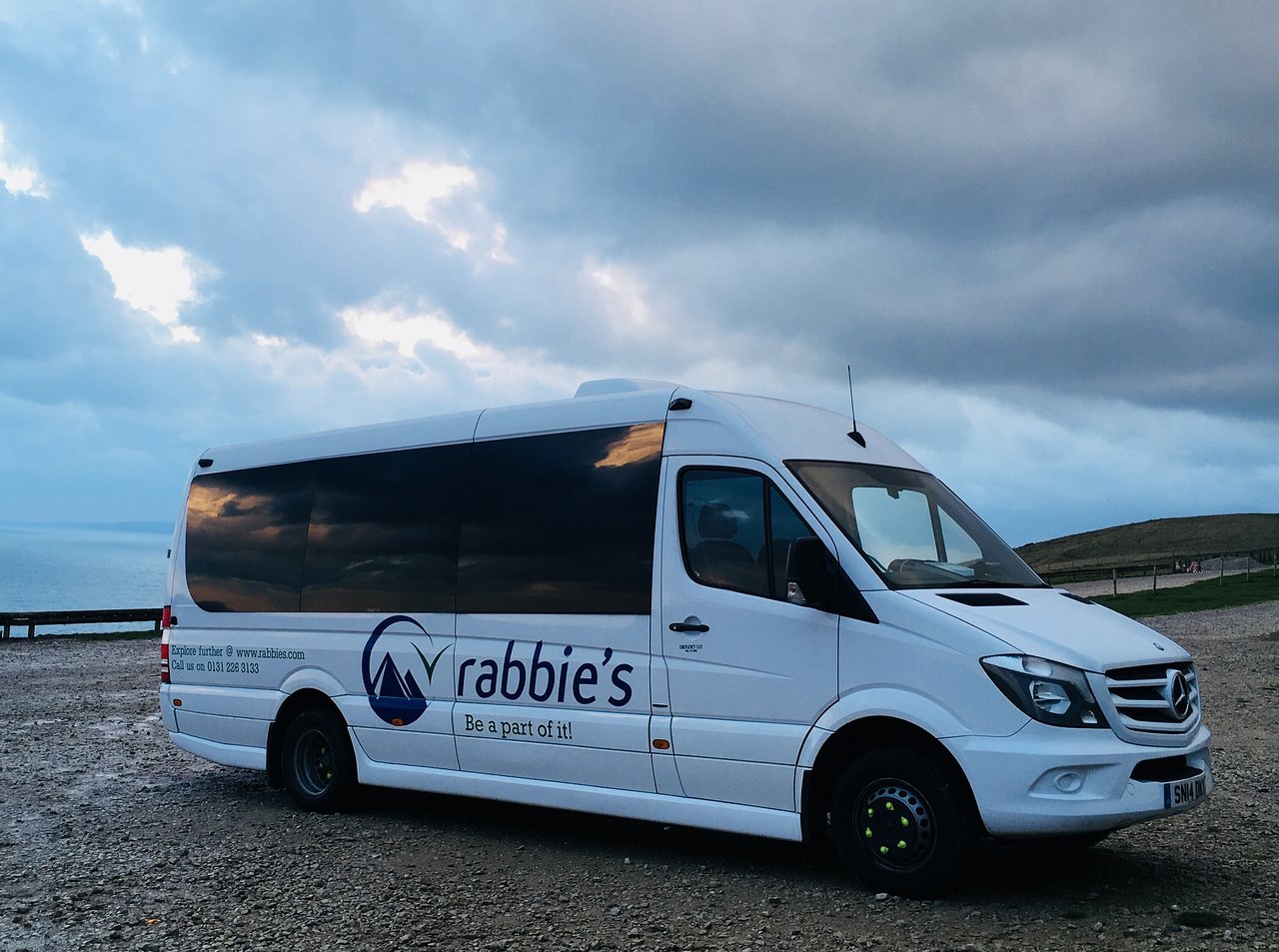 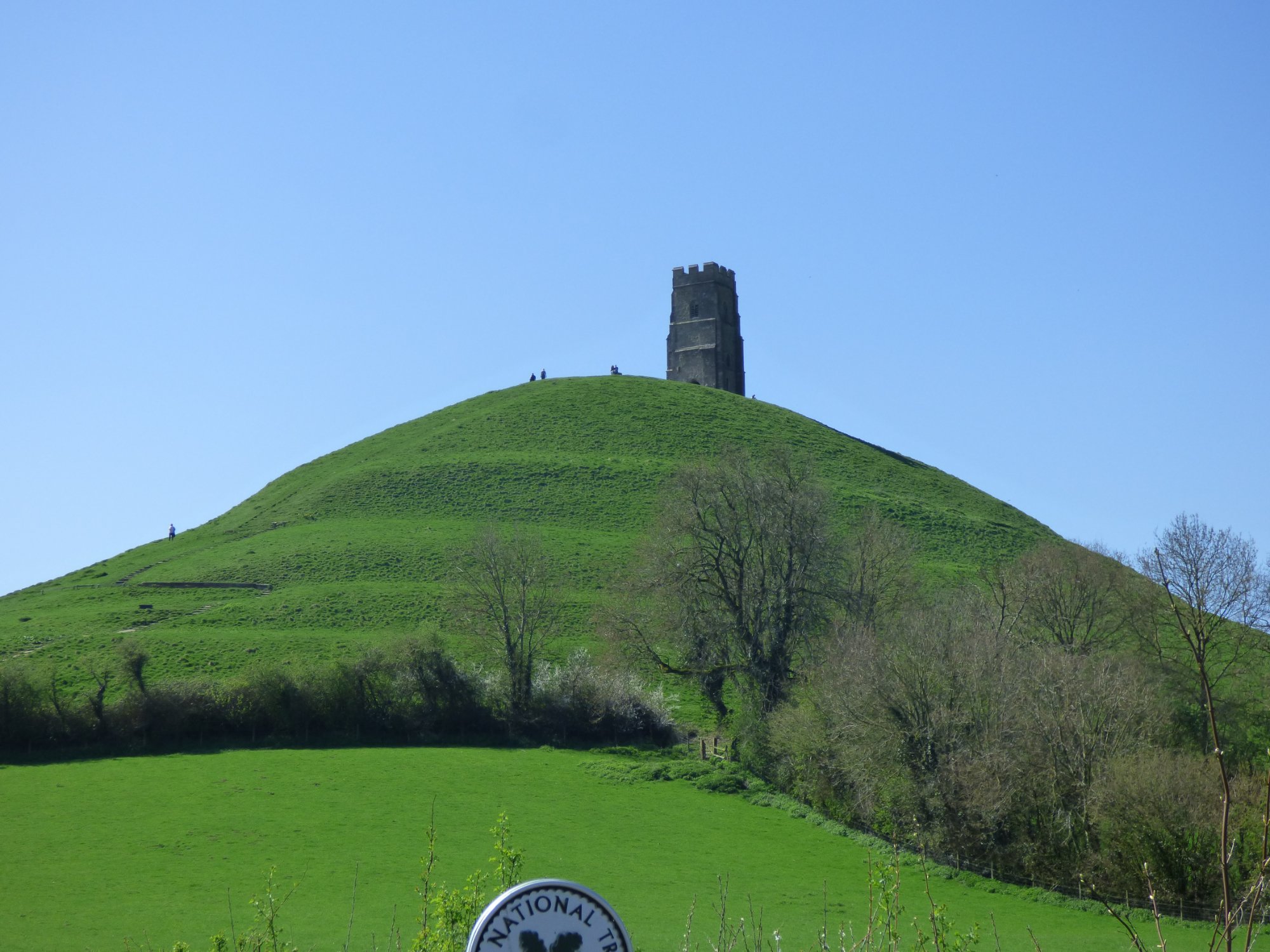