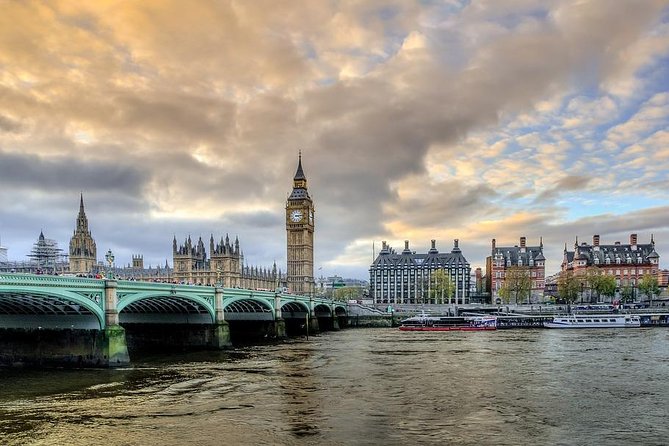 This Tour is Ideal for those with short time in London.
Don’t spend your layover time stuck inside the airport.
Instead discover London, the capital of England, it’s a 21st-century city with history stretching back to Roman times. At its centre stand the imposing Houses of Parliament, the iconic ‘Big Ben’ clock tower and Westminster Abbey, site of British monarch coronations. The London Eye observation wheel provides panoramic views of the South Bank cultural complex, and the entire city.
Spend your time exploring London with your personal chauffeur.
great for families with children or elderly travellers

INR 18,730
p.p. onwards
Itinerary
This is a typical itinerary for this product

Buckingham Palace has served as the official London residence of the UK’s sovereigns since 1837 and today is the administrative headquarters of the Monarch. Watch changing of the guards. walk around the area and take pictures.

The Houses of Parliament
One of most iconic buildings in the world, the Palace of Westminster and its fascinating collection of national treasures provide a unique perspective on the events that have shaped modern Britain
Walk around take pictures

The Houses of Parliament's iconic clock tower is one of London's most famous landmarks. ... The Houses of Parliament and Elizabeth Tower, commonly called Big Ben, are among London's most iconic landmarks and must-see London attractions.
other places of interests includes, Westminster Cathedral, St Paul's Cathedral, Bank of England, Guildhall, Royal Parks, Tower of London, Old Curiosity Shop, Fleet Street, Law Courts, Old Bailey, National Gallery or the Cenotaph.
On this Tour you will have the chance to visit many other places, some of them you will be driven pass others you can stop to take pictures

star star star star
Appreciate being relaxed and accommodating during a layover visit. From LHR to London central. Traffic killed a lot of time or could have done more. Would liked to have had more narrative but being and seeing was good. Overall an okay day.