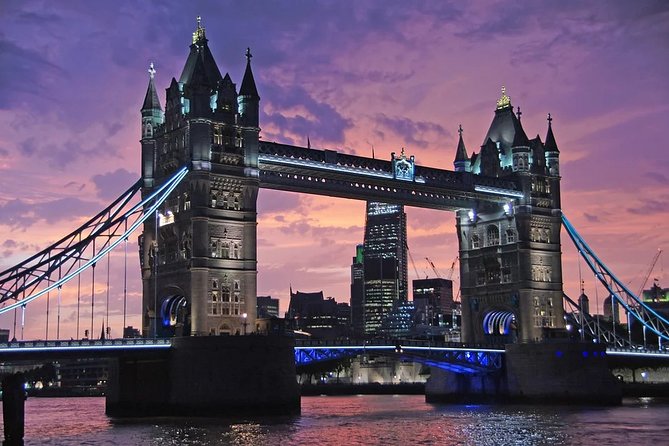 Panoramic 3 hour tour of London's lit up landmarks.
See the beautiful Tower of London, Buckingham Palace, Westminster Abbey and plenty more
See London from a unique perspective against the backdrop of the night sky
This London by Night tour will reveal the floodlit splendor of London's landmarks as dusk falls. When twilight descends upon London, the attractions of the city become imbued with a certain grandeur. This sweeping, wide-ranging tour will encompass the most distinguished and vibrant areas of this world renowned capital, including Parliament Square, Trafalgar Square, Piccadilly Circus and the financial district of the City. The tour also glides past eminent structures and attractions such as the world renowned London Eye, St Paul's Cathedral, inimitable Buckingham Palace, the formidable Tower of London, Big Ben and the Houses of Parliament. Embark upon this tour and discover the extraordinary allure of London at dusk.

INR 10,373
p.p. onwards
Itinerary
This is a typical itinerary for this product

A royal church in the centre of London offering daily services for all and a World Heritage Site with over a thousand years of history.

The Palace of Westminster serves as the meeting place of the House of Commons and the House of Lords, the two houses of the Parliament of the United Kingdom

For more than 1,400 years, a Cathedral dedicated to St Paul has stood at the highest point in the City.

Frequently at the centre of national events, traditions have been observed here and radical new ideas have found expression under the iconic dome. In many cases these events have left some physical record as well as echoes in the intangible memory of the building.

This was the first Cathedral to be built after the English Reformation in the sixteenth-century, when Henry VIII removed the Church of England from the jurisdiction of the Pope and the Crown took control of the life of the church

The Millennium Bridge, officially known as the London Millennium Footbridge, is a steel suspension bridge for pedestrians crossing the River Thames in London, linking Bankside with the City of London.

It is attacked and collapses into the River Thames in the 2009 film, Harry Potter and the Half Blood Prince.

Tower Bridge is one of London's famous bridges and one of many must-see landmarks in London with a glass floor and modern exhibitions it is a must visit.