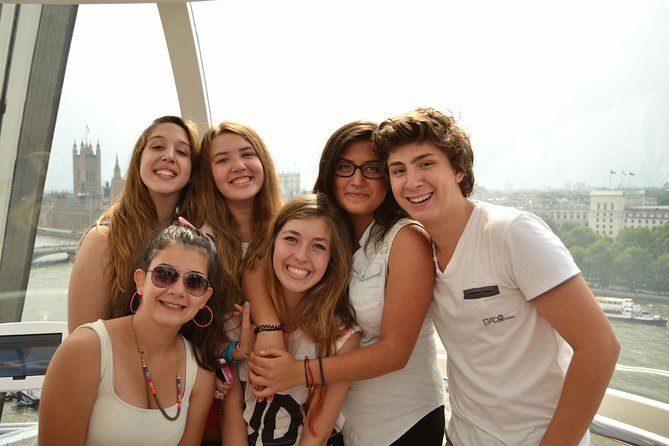 Our London short term package programs involving science, art, culture, sports, fashion, trade, finance and fun, include 15-hours of active English Training in our language school which received the award for the best language school in London in 2015, and through which we host our students with English host families. In the programs, our students are accompanied for 24 hours, we include a different West End Musical every year; we integrate our students with socio-cultural life of the city. Our program includes visits to the most important attractions of London such as Petticoat Lane, Holborn, Covent Garden, Buckingham Palace, St. James's Park, Downing Street No:10, Trafalgar Square, St. Martin-in-the-Fields, Marble Arch, Hyde Park, St.Serpentine Lake, Knightsbridge, Harrods, Thames River, London Eye, Royal Festival Hall, London Dungeon and many many more.

We all practice English in the morning, accompanied by English Teachers,
We mingle with international friends,
We live English Culture with English families in their homes and in place,
We participate in science workshops in the world-famous museums,
We tour the stadium of the most famous football club in the World with football professionals,
We explore the most famous places in London together,
We see “West End” musical in the Heart of Art,
We bring together unique tastes of English kitchens and you,
We will be a world-citizens in the grand city of the world,
We feel the adrenaline and fear in our veins,
We explore London both on foot and from a bird’s eye view,
We will never forget this unprecedented experience and the tour.

Traveler pickup is offered
- Hand sanitizers and masks will be available in our for the best hygiene practice.
- During this tour, public transportation will be used in order to avoid the city's traffic
- Comfortable shoes are advised
- Wheelchair users must inform our agent whether guest(s) is/are fully dependent on the chair or partly able to walk or move.
- Guests must contact Tourope UK at least 24 hours before your product date to confirm your reservation and arrange transportation. Please use the contact details on your confirmation/voucher.