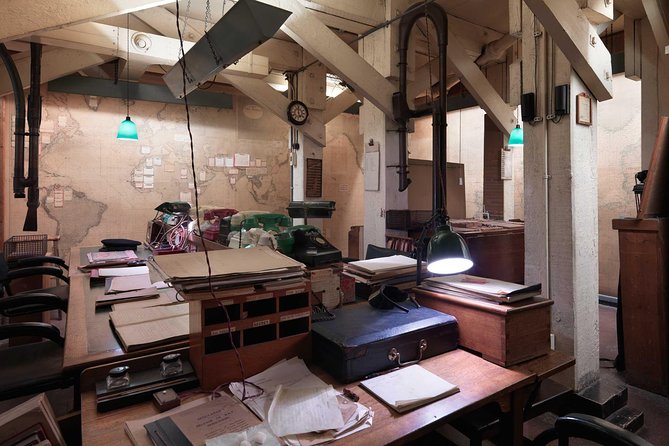 Luxury chauffeured transport with qualified Blue Badge Tourist Guides who have a vast understanding of London. We offer guided tours for every occasion, helping you have a great time in London.

INR 54,301
p.p. onwards
Itinerary
This is a typical itinerary for this product

History was made in Churchill War Rooms - an underground bunker that allowed Britain's leaders to plot the allied route to victory during the Second World War. Walk the labyrinth of rooms and corridors that stretch below Westminster that sheltered Winston Churchill and his war cabinet from the German bombing raids, and explore the Churchill museum to learn the story of his life and legacy.

star star star star star
I booked this tour so that several of my relatives could join my husband and me and avoid long lines during very high temperatures in London. The tour exceeded my expectations. The interaction with the tour provider before and after was exceptional, the driver was attentive and accommodating, and the guide was incredibly knowledgeable. I would recommend this tour for anyone who wants to visit the Churchill War Rooms and the Tower of London during peak times with limited time for sightseeing during your stay in London.

star star star star star
We were able to tinker with the itinerary a bit and enjoyed a wonderful day with Danny and Stefano! We were able to squeeze in a view of Buckingham Palace, 10 Downing St, St Paul’s and the gardens from the Palace to the War Room, in addition to the Tower of London. Danny was very personable and knowledgeable, it was a lot to take in and he made it fun to learn. Stefano picked us up at our hotel and navigated the tough London traffic like a pro!(pun intended) he even stopped and picked up a chocolate coin to commemorate my son’s graduation. Very thoughtful! We couldn’t have had a better time... don’t miss this tour!
Previous Next
keyboard_arrow_up