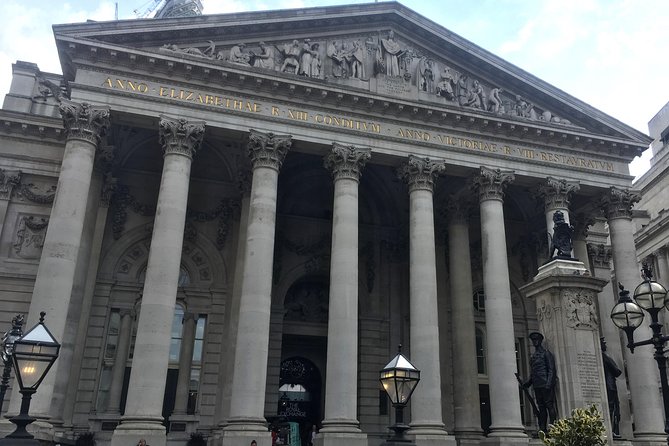 Explore Ancient Alleyways in the Footsteps of Dickens: A Self-Guided Audio Tour

On this walk we will see actual places that Dickens visited as well as places mentioned in his novels. We start at St Paul's Cathedral, which dominated London in Victorian times. It was near here that the young Dickens worked as a freelance reporter in Doctor’s Commons. He witnessed the old-fashioned and slightly ridiculous legal practice here which led to his contempt of the law, and his famous saying in Oliver twist ‘The law is a ass’. We then wend our way through ancient alleyways and churchyards, such as St Peter's, Cheapside, where the young Dickens first arrived in London. In ‘A Christmas Carol’ Ebenezer Scrooge sees the Ghost of Christmas Yet to Come on the steps of the Royal Exchange. Nearby we discover the George and Vulture Inn where Mr Pickwick stayed just before his trial for Breach of Promise in ‘The Pickwick Papers’. The audio plays automatically at exactly the right time and place using your smartphone's GPS and the VoiceMap mobile app, which also works offline.


INR 373
p.p. onwards
Itinerary
This is a typical itinerary for this product

St Paul's was designed by Sir Christopher Wren. Dickens would have known St Paul’s, which dominated London in Victorian times the way modern skyscrapers do today. The St Paul's you see today has recently been restored to its original light yellow colour, whereas in former times the Portland stone had turned a dark grey.

The Guildhall is a Gothic building with many spires. The building dates to the 14th Century and was financed by the famous Mayor of London, Richard Whittington. Just inside the entrance hall are statues of the giants Gog and Magog.

Mansion House is a magnificent classical building with a grand portico and Corinthian columns. It was built in the 18th century and since then has been the home of the Lord Mayor of London.

This is the third Royal Exchange to be built. The previous two were destroyed by fire. On the top of the portico you'll see Latin inscriptions stating that it was constructed in the 8th year of the reign of Queen Victoria.

There has been a market at Leadenhall since 1377, but the present building was constructed in 1888 by Horace Jones, who also designed Tower Bridge. This is the perfect setting for Dickensian films. For the film of 'Bleak House', the whole market building was filled with smoke to recreate the foggy atmosphere of Victorian London.

Confirm time with the local provider in advance of your experience.
Explore Ancient Alleyways in the Footsteps of Dickens: A Self-Guided Audio Tour
5/20/2019 - 10/24/2023