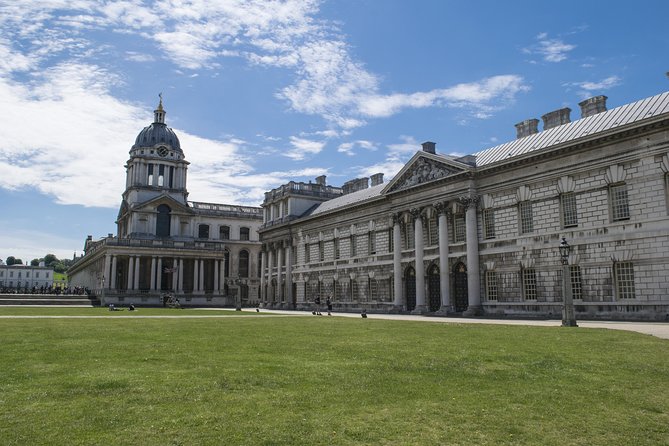 Greenwich: Explore Where Time Begins on a Self-Guided Audio Tour

On this self-guided GPS audio walk you will learn how Greenwich Mean Time (or GMT) became the standard from which all the world's times are worked out. You will hear of the murder of an Archbishop by the Vikings in the 9th Century and discover Queen Elizabeth's Oak Tree, where Henry VIII is said to have cavorted with Anne Boleyn, resulting in the birth of England's iconic queen. Visiting the Painted Hall you will hear the macabre story of Lord Nelson's corpse and the brandy which was supposed to preserve it.

Greenwich: Explore Where Time Begins on a Self-Guided Audio Tour

INR 476
p.p. onwards
Itinerary
This is a typical itinerary for this product

The Cutty Sark was built in Scotland in 1869, made from a mixture of wood and iron. It is a wonderful sight in dry dock, but it must have been even more inspiring in full sail on its way to and from China.

At the Discover Greenwich Museum you will find historical artefacts, scale models, film footage and hands-on displays, telling the story of the people who shaped the buildings and landscape of Greenwich through the centuries.

The Trafalgar Tavern building was built in 1837 and is based on the shape of Nelson's flagship at the Battle of Trafalgar, HMS Victory. With its bow windows and balconies overlooking the Thames, it has always been a popular venue.

Queen’s House was the first classical-style building in England, commissioned by James I in 1619 for his wife, Anne of Denmark. The architect was Inigo Jones, who was influenced by Palladio, the Italian Renaissance architect.

Greenwich Park was previously a hunting park in Greenwich and one of the biggest green spaces in south-east London. It covers 180 acres and is a part of the Greenwich World Heritage Site.

The Royal Observatory was designed by Sir Christopher Wren in the Dutch style. The red ball ascends to the top of the pole at 12:55 each day, and descends at exactly 1pm.

On this walk you will learn how Greenwich Mean Time (or GMT) became the standard from which all the world's times are worked out.

Confirm time with the local provider in advance of your experience.
Greenwich: Explore Where Time Begins on a Self-Guided Audio Tour
1/1/2021 - 10/12/2023