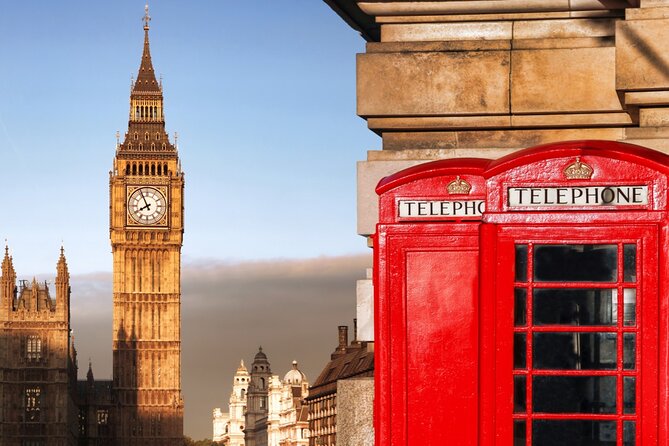 Embark on a quest around London by solving clues that will help take you to places where the Harry Potter movies were filmed, all with the help of your smartphone. Unlock new stories as you discover on your own the National Gallery, Trafalgar Square, Cecil Court, Covent Garden, and more.

Explore the city as Theodgar, a powerful Wizard who chose to live among Humans and protect them. Follow the clues you'll receive in the app and fight Ozin, the sorcerer who wants to destroy Earth.

For playing the game, just follow the instructions you'll receive via e-mail after booking and then go to the starting point. Start and pause whenever you want and feel free to explore at your own pace.

This is a quest in which you will have to follow clues and solve puzzles in order to discover new places and stories. To begin, you must go to the starting point and open the app. Once there, you will receive your first clue. Along the quest, you will discover some of the places used in filming the Harry Potter movies.

Each clue will lead you from one place to another, giving you exact directions so you won't need a map, a GPS or a guide. When you solve the clues and guess the answer, the secret story of that place is unlocked. Start and stop whenever you want.

The tour will take you from 1.5 to 2 hours to complete, but there’s no time limit so you can finish it at your own pace. After you buy the quest, you will receive an e-mail with instructions on how to play. Go to the starting point and be ready to begin the adventure.

star star star star star
Very entertaining! perfect for playing in groups. Also, you get to know interesting facts about how Harry Potter was originally written and nice spots in London that no one would know about.

star star star star star
It was a great opportunity to see parts of London taht we would not normally see. Took my sister in law and nieces and we had a great time. Thank you

star star star star star
Excellent experience, and fun way to explore the city especially with COVID restrictions. We enjoyed doing this a lot, and customer support is the quickest to respond to any inquiry needed.

star star star
Love how it made me explore London in a different way. The riddles could be examined more to be resolved easier. I struggled a lot and the hints weren't very good either.

star star star star star
This tour was the perfect way to engage my children in learning about important, historical landmarks in central London. If we had just been sightseeing they would not have enjoyed it as much as they did. It was great fun and took us to places that I have never visited in the 35 years that I've lived here. The correspondence with the tour operator was really first class and they responded to my questions promptly in the lead up to the game. I also had to make a date change which was done swiftly without any problem. Having downloaded the app we decided to start our game at 10am and were able to start and stop along the way as interesting places caught our attention. Overall, it was a really fun, exciting and educational way to spend a few hours exploring the wonderful city that we call London. We thoroughly recommend it!

star star star star star
Seeing all the places where parts of the Harry Potter movies were made was incredible! And getting further information about them through quest made it even better.

star star star star star
Loved this game. It took you around town and gave you some interesting Harry Potter facts that you wouldn't have previously known. This is a great way to see parts of the city and social distance.

star star star
Enjoyed the trail. A bit too much text to read especially if you had children joining. Not really that related to Harry potter and just a bit of trivia as an afterthought after each clue finished. We'd actually past the place by the time you solve that clue so lots of walking back required to keep HP fans engaged. That said, a nice walk

star star star star star
Really fun way to explore some cool bits of London relating to Harry Potter. I really loved the general London facts as well as the Harry Potter related content. Super glad there were hints because we were rubbish at some of then clues!! Really good fun day out, would highly recommend and will be doing another Questo game in the future. Excited to see what over clue hunts they bring out!!!
Previous Next
keyboard_arrow_up